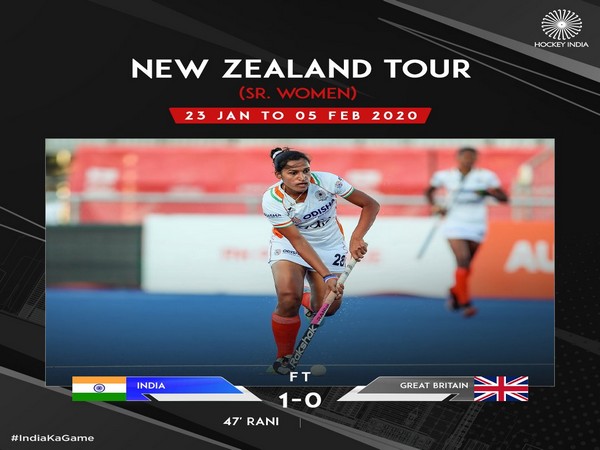 India have won their first match in the New Zealand Tour 4-0 against the hosts Development Squad, then they lost the following two matches 2-1 and 1-0 respectively to New Zealand.

Rani played with full gusto as they began the match with a strong attack. The efforts paid off early as the team earned a penalty corner but could not convert. The team continued to play with a structured defence and tight passing, which ensured little room for Great Britain to counter-attack or create chances to score.

Ending the first half in a 0-0 stalemate, India made another penalty corner attempt in the third quarter but could not make the opportunity count. The team, however, kept up a good line of defence and continued to carry on the aggressive attack. It was not until the 47th minute when Rani created space in the circle, netting a powerful shot past Great Britain’s goalkeeper.

The 1-0 lead put serious pressure on Great Britain who eventually could not recover, thus conceding the loss.

“We created enough chances and now we need to keep working on converting those chances but our defence stood strong through the match which was a good thing,” said chief coach Sjoerd Marijne after the match.

“Towards the end of the match, we were under pressure but the team handled it well and even ensured a goal. The win is good for a morale boost but for me, it’s all about the performance and I see we can grow and become more dominant and calmer on the ball. We now need to ensure fast recovery in order to be ready for tomorrow’s match,” Marijne stated.

India will next take on Great Britain on February 5.

Elyse Villani delighted to be a part of Bushfire Cricket Bash