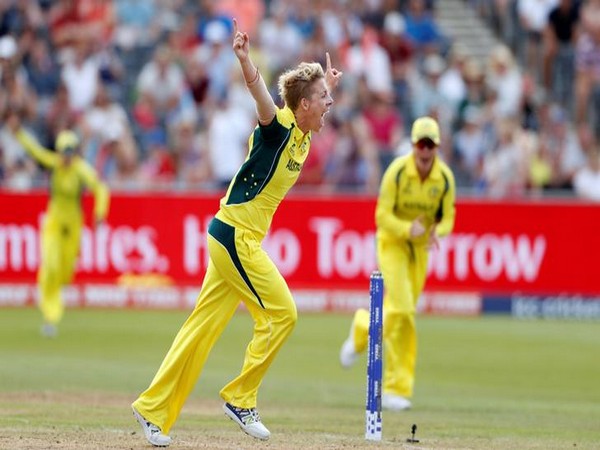 Melbourne [Australia], Feb 4 : Australia’s Elyse Villani is delighted to be a part of Bushfire Cricket Bash and play alongside the biggest name in cricket to raise the ‘much-needed funds’.

“I’m feeling pretty chuffed to be asked to be honest, reading through the names of all the legends of the game who are involved,” Cricket.com.au quoted Villani as saying.

“I’m looking at it as an enormous opportunity to rub shoulders with some of the world’s best and to play a small part in putting some smiles on people’s faces and helping to raise some much-needed funds,” she added.

The Big Bash League (BBL) final and Bushfire Cricket Bash will be played following the T20I tri-series match between Australia and India women on February 8. All funds raised on the day will be donated to the Australian Red Cross Disaster Relief and Recovery Fund.

Villani stated that she was surprised to see her name on the list and is proud of the game to be thinking of an initiative to bring people together and raise some funds.

“When I saw the names I was thinking, ‘why am I in this list? It’s incredible to see this happen and I’m really proud of cricket for thinking of an initiative to bring people together and raise some funds,” Villani said.