FanMojo first came to the market in 2016. After a series of glitches and gaffes, the startup made a comeback in 2018. And the fantasy sports platform started gaining momentum. Recently, they appointed Prithvi Shaw as their brand ambassador.

A lot of former and current cricketers like  Kapil Dev, MS Dhoni and Murali Karthik associated themselves with various fantasy cricket league. Prthivi Shaw is a latest addition to that list.

After their second innings in last year, the Fanmojo was rebooted for scale and best-in-class user experience. New games such as football and  Kabaddi were added, cricket as a category was expanded to cover tournaments across the globe and formats from T20 to test matches, and multiple payment channels were integrated.

Sumesh Menon, the captain of FanMojo stated to Forbes India, “The whole experience has become seamless for the users. We have grown 600 percent since the relaunch . Engagement rate with the users also skyrocketed.” On an average, Menon contends, a paid user spends over an hour on the platform every day.

The fantasy sports growing at an exponential pace over the last two years and revenue from online gaming revenue expected to touch Rs.11,990 crores by 2023, FanMojo is becoming aggressive competitor in the market after roping in cricket Prithvi Shaw early this year. 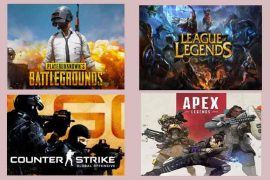