National Football League Players Association (NFLPA) has joined with human performance company, WHOOP in making it the Officially Licensed Recovery Wearable of the NFLPA. Ever since efforts have been taken by WHOOP in the recent past for facilitating a healthy return to sports for organizations, ranging from the PGA and LPGA Tours up to the Premier Lacrosse League, including the University of Tennessee, the NFLPA has been providing WHOOP Straps 3.0 for all the NFL players who have been active.

NFL Players Inc.’s interim president Steve Scebelo stated that the Company is interested to provide its players with WHOOP along with its holistic monitoring technology as part of its mission to improve health, wellness and performance of its players.

He further added that the players would own their data completely, including being able to track their own health with strain, recovery and sleep with the help of key metrics such as heart rate variability, respiratory rate and few more.

Patrick Mahomes, Super Bowl MVP mentioned that he has been using WHOOP for several months and he has loved using it. He further added that it had helped him understand his own health and training in a new way.

WHOOP’s Founder and CEO, Will Ahmed mentioned that WHOOP has been proud to offer support to the NFLPA and its players in helping them get back to work this season. He further added that it has never been more important for professional athletes to monitor their own bodies as well as taking control of their health.

According to Journal of Clinical Sleep Medicine, WHOOP has been the only consumer wearable that has a respiratory rate tracker validated by a third party apart from meeting gold standard measurements. Besides, WHOOP has released a new research that is under peer review. This research is focused on understanding the relationship between respiratory rate and COVID-19 and has analyzed the potential for wearable technology that could provide early warning signs in case of any potential COVID-19 infections. 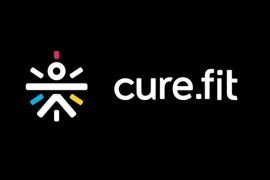 Cure.fit Is Going To Expand In The United States Soon! 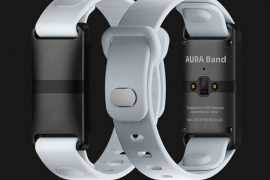 The AURA Fitness Band Is On Sale! Grab It Now! 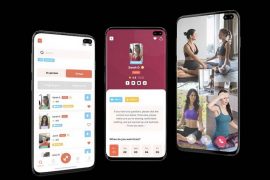