With the announcement of the international Pro Boxing Night scheduled to be held on 15th September at the Tau Devi Lal Sports Complex in Gurugram, the royal sports set to return with the major boxing event.

“The town of Panchkula was so supportive of our venture into their community,” said Jai Singh Shekhawat, Founder Royal Sports Promotion. “Everyone from the residents to the elected officials to police and local businesses in Panchkula was a joy to work with. In the weeks following the event, the most common question I’d get was when we were coming back. Now, I have an answer for them – Saturday, September 15th at the Devi Lal Sports Complex.”

Boxing players from across India, China, Australia and Africa will be participating in the championship. The gates will open at 4.00 PM and officially broadcasted on NEO Sports from 6.30 PM – 9.30 PM.

Shri B. S. Sandhu, DGP, Haryana Police and Chief Guest of the event,  said, “I really believe in RSP and what they are doing for Professional Boxing in India. I am really impressed with the way RSP is nurturing the raw talent and crafting them for future also providing an international platform to the Indian Boxers who don’t have facilities to grow themselves. I wish they attain all the success for future to fulfil the vision they have been working for since past many years.”

Actor and VJ Ranvijay Singh will be hosting this ground-breaking championship. “I am glad to be associated with such an opportunity. Sports and adventure have always been my forte and coming together with Royal Sports Promotions to promote Professional Boxing in India is a privilege in order to make it a main-stream sport, providing it with the value it deserves.” Said Ranvijay,  during the announcement.

Royal Sports is working diligently at Grassroots Development Plan with the Boxing federation of India which is scheduled to start by the next year, in which Royal Sports has already teamed up with 55,400 Indian schools both private and government ones and Bharat Scouts to boost up boxing as in mainstream sport.

Here is the list of boxer along with their corresponding countries:

On Grass Root Development Plan with Boxing Federation of India which will start from next year, wherein Royal Sports has already tied up with 55,400 schools (private and public) in India and Bharat Scouts to promote boxing as a mainstream sport. 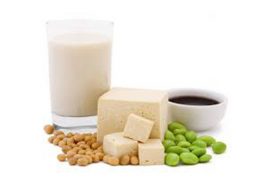