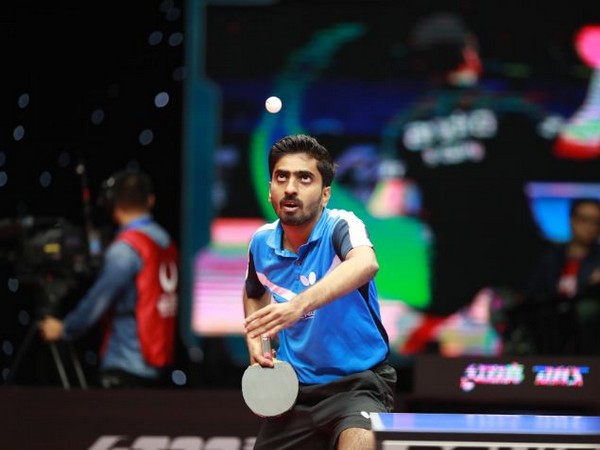 Chengdu [China], Nov 30 : After being knocked out of the ongoing International Table Tennis Federation (ITTF) World Cup, Indian paddler Sathiyan Gnanasekaran said more is yet to come from him.

Gnanasekaran witnessed a 1-4 defeat at the hands of Timo Boll in the tournament which is being held in Chengdu. After the defeat, he took to Twitter and posted a series of tweets.

“The moment I realised how good I have played in my debut ITTF World Cup is when the entire Chinese crowd gave me a loud applause on leaving the match hall !! Put up a great fight but lost out to the legendary Timo Boll 1-4 in Last 16 !!” Gnanasekaran tweeted.

In another tweet, he wrote: “It was a great learning experience & definitely one of the best performances in my career so far with two good back to back wins against higher ranked players! More to come Thanks to my personal coach Raman sir & also masseur Amarjit Singh for helping me to bring out my best.”