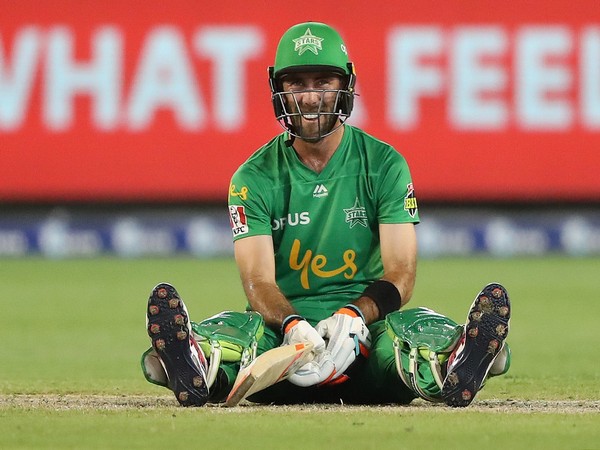 Melbourne [Australia], Feb 3 : Melbourne Stars all-rounder Maxwell has been named as skipper of the Big Bash League’s (BBL) Team of the Tournament on Monday.

Maxwell’s side has qualified for the playoffs and will face Sydney Thunder to book a spot in the final. On the other hand, Sydney Sixers are already through to the final. 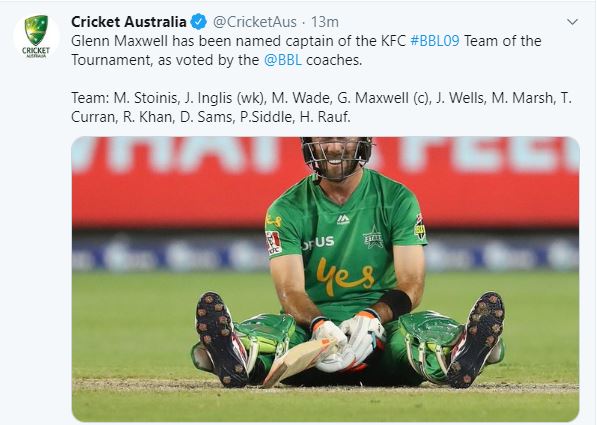 The eight BBL coaches have selected the competition’s first-ever official Team of the Tournament with the Melbourne Stars and Adelaide Strikers heavily represented with three players apiece.

Marcus Stoinis who scored 612 runs, the most in the tournament, and Jonathan Wells, the third-highest scorer with 478 runs – make it to the team.

Tom Curran, Daniel Sams and Haris Rauf are the other pacers in the team on the back of their performance in the tournament. Sams is the leading wicket-taker with 30 scalps while Curran is at the second spot with 22 wickets.

Rauf, playing in his first BBL season, bagged 17 wickets in eight matches. Afghanistan skipper Rashid Khan is the only full-time spinner in the team. He picked 19 wickets in 15 games.

There are no players from the Brisbane Heat or Melbourne Renegades in the team.

The final of the tournament will be played at Sydney Cricket Ground on February 8.

Paving the way for Parkour at Delhi Rock