Phillip Island is one of Marc Marquez favourite places and the already-crowned MotoGP world champion has no intention of easing up this weekend in Australia, where he lays claim to a bizarre record. The gifted Spaniard, who equalled Australian Mick Doohan’s premier class wins tally with his 54th victory in Japan last weekend, is eager to keep his incredible season going.

“It’s one of my favourite tracks. I enjoy a lot, riding there, especially the left corners,” said Marquez, who will be gunning for his 11th victory of the year, and fifth in a row, on the island south of Melbourne.

“But it’s a circuit where many others, and especially Yamaha can be strong,” he added.

“Normally we have a lot of competition there and it will be a challenge as always. Our target is of course to try to win, but once the weekend begins, we will see where we are and assess the situation.”

He has a chequered history in Australia. Marquez won at the picturesque circuit in 2015 and 2017 but was dramatically forced out after a frightening high-speed collision last year. Starting from pole, he was shunted by Yamaha’s Johann Zarco on lap six as they were screaming down the track at 250 kph. While he managed to stay on his bike, his back seat was mangled and his suspension damaged, forcing him to call it a day.

It meant Marquez has failed to finish in Australia on three occasions after clinching the world title in Japan — 2014, 2016 and 2018. He sealed his sixth world crown this year a race earlier in Thailand, while wrapping up a 25th constructors’ championship in Motegi for Honda. Marquez’s next mission is to help seal the Triple Crown for Honda by winning the team title to go with the rider’s and constructors’ accolades. It will be a tough ask with Ducati currently holding a 17-point advantage with three races to go.

Marquez will need more help in Australia from underperforming teammate Jorge Lorenzo, who has failed to score a point in the last three races.

“I am looking forward to Phillip Island to see if what we discovered in Japan can also help us there as it is a very different kind of circuit,” said Lorenzo, who missed the 2018 race after a crash in Thailand.

“It’s a special circuit and in the past I have good memories of fighting for podiums and the win I had (in 2013).”

Italian Andrea Dovizioso is currently second in the rider’s standings, comfortably ahead of Suzuki’s Alex Rins and Maverick Vinales, who powered to a dominant victory in Australia last year to snap a 25-race Yamaha win drought.

While Marquez will start as the overwhelming favourite, Australian legend Wayne Gardner, who won at Phillip Island in 1989 and 1990, said he felt the circuit was more suited to local hope Jack Miller, who is eighth in the world championship standings.

“Based on the circuit, based on the riders that are coming up, based on the equipment that’s being used, without a doubt, the Ducatis will be very fast at full throttle,” he said.

“Jack for first — because it’s inspiring to race in front of your home crowd.

Hamilton has doubts on title triumph in Mexico 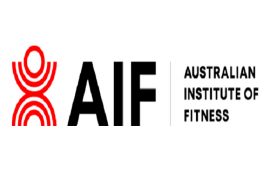