Vamika, Indian Star Cricketer Virat Kohli and Bollywood actress Anushka Sharma’s daughter was clicked when Virat Kohli Scored Half-a-ton and did his cradle celebration. Later on media publishers used that pictures and lots of publishers published that picture on their platforms. On this Virat kohli and Anushka both have urged media to refrain from publishing it as a matter of previous urge they have made and their stance to protect their daughter remains the same, it was just a fallacy at guards and they were caught off guard on in Pavillion by cameraman.

During the third ODI on Sunday when Kohli scored a half century, the cameras panned towards Sharma, who was holding her daughter as the two celebrated the knock.

Within minutes, the video went viral with #Vamika trending on Twitter. Screenshots of the baby’s face were also shared extensively on the social media platform.

“Hi guys! We realise that our daughters images were captured at the stadium yesterday and widely shared thereafter,” Kohli and Anushka wrote in an Instagram story. “We want to inform everyone that we were caught off guard and didn’t know that the camera was on us. Our stance and request on the matter stays the same. We would really appreciate if Vamika’s images are not clicked/ published for reasons we have explained earlier. Thank you!” 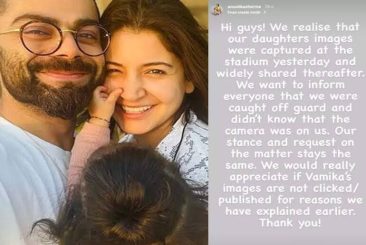 Last month, before heading to South Africa, while getting off the team bus, Kohli had requested the paparazzi stationed outside the airport gates to avoid snapping pictures of his daughter.

Last year in an Instagram ‘Ask Me Anything’ session, when enquired why the couple doesn’t post pictures of Vamika on social media, Kohli had said, “we have decided as a couple to not expose our child to social media before she has an understanding of what social media is and can make her own choice.”

Lucknow IPL Franchise will be Known as Lucknow Super Giants 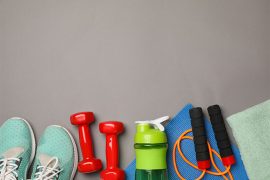 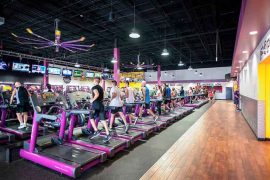