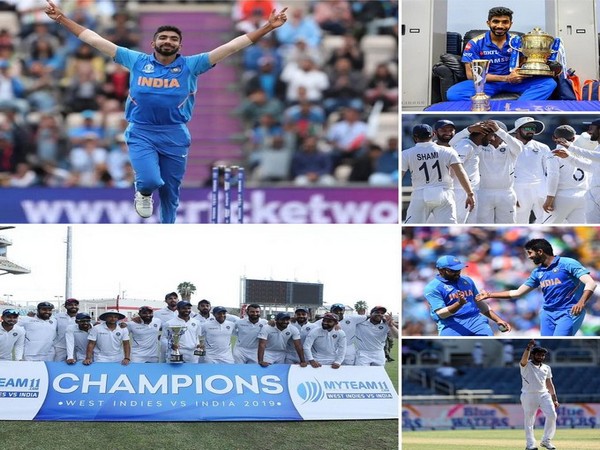 New Delhi [India], Dec 31 : On New Year’s Eve, pacer Jasprit Bumrah summed up 2019 and said that the year has been full of accomplishments, learning, and hard work.

Bumrah, who is all set to return in the lineup after a gap of almost six months also went on to add that he is looking forward to everything that 2020 has to offer.

“2019 has been a year of accomplishments, learning, hard work and making memories, on the field and off it too. And on the last day of the year, I’m looking forward to everything that 2020 has to offer,” Bumrah tweeted. 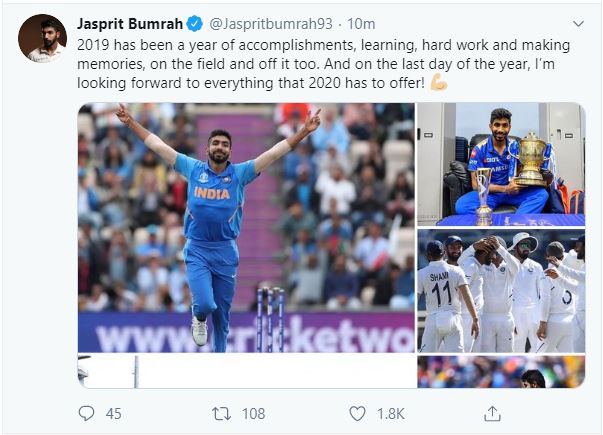 Bumrah was first ruled out of the Test series against South Africa on September 24 due to a minor stress fracture in his lower back.

He was then replaced by Umesh Yadav in the Indian squad. Bumrah played his last game against the West Indies in which he took seven wickets.

In the second Test of the series against Windies, Bumrah became only the third Indian bowler after Harbhajan Singh and Irfan Pathan to record a hat-trick in the longest format of the game.

He was also a part of the Mumbai Indians’ winning IPL squad this year.

Bumrah is a vital member of the Indian team in all three formats. He is the number one bowler in the ODI format. He was the highest wicket-taker for the side in the ICC Men’s World Cup 2019.

Ravi Shastri enjoys a night out with SRK, Raveena Tandon