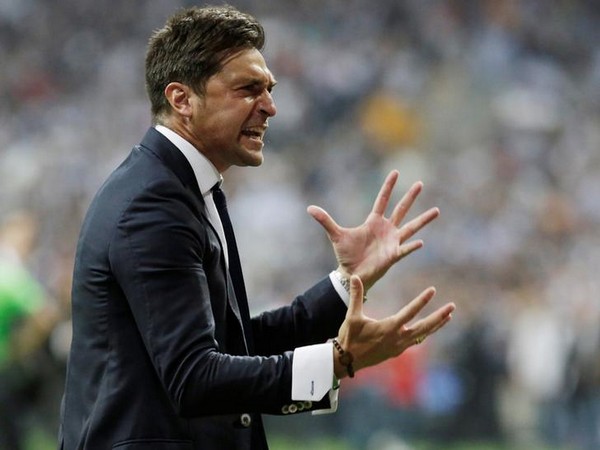 Miami [USA], Dec 31 : Inter Miami CF has appointed 44-year-old Diego Alonso as the first-ever head coach of the side ahead of the inaugural 2020 Major League Soccer (MLS).

Alonso has good experience behind him as he is the only coach to win the Concacaf Champions League with two different teams.

He will be joining Inter Miami after an impressive stint in Mexico, where he won three titles and qualified his teams to two FIFA Club World Cups.

“In Diego we found a manager that fits our culture and has a strong desire to build a winning club for our fans. He brings a lot of experience and championship-winning mentality as we begin our drive to be among the best clubs in the Americas,” Inter Miami CF Sporting Director Paul McDonough said in an official statement.

“We have big aspirations for our club and believe Diego has the right drive, passion and leadership to accomplish our goals,” he added.

Most recently, he led CF Monterrey from May 2018 to September 2019, where he guided the team to the prestigious Concacaf Champions League title.

Alonso began his managerial career at youth Bella Vista in Uruguay in 2011, where he rose through the academy system as a player to make his professional debut in 1995.

As a professional player, he represented Uruguay and was a part of the 1999 Copa America final.

Looking forward to everything that 2020 has to offer: Bumrah