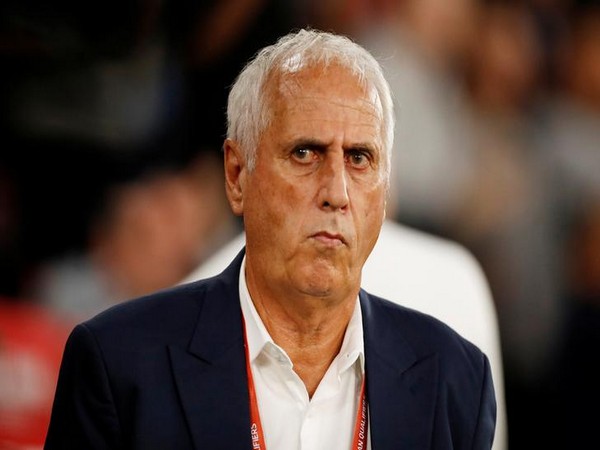 Leeds [UK], Nov 17 : Ahead of the Euro 2020 qualifying match against England, Kosovo coach Bernard Challandes joked about breaking midfielder Raheem Sterling’s leg to stop him from scoring goals in the match.

“How to stop Sterling? Maybe we break his leg, but it’s not our style. We are too nice. But we have a good team, as we have shown in this qualification campaign,” Goal.com quoted Challandes as saying.

“The bad news for us is that Sterling will play. He is one of the best in the world in his position. But Rashford is great, Kane, Abraham – England have a lot of great players. Whether we play against Sterling or not, we have to play a superb match. We are not dealing with individuals but with the team as a whole, so we will be preparing for England,” he added.

Sterling will be returning to England’s team after facing a one-match suspension over his clash with teammate Joe Gomez during the training ground session ahead of Thursday’s match against Montenegro.

He had scored a goal and created three more chances during England and Kosovo’s earlier clash at the St Mary’s Stadium.

England had defeated Montenegro 7-0 on Thursday and as a result, sealed their place for the next year’s Euro Cup. The team is at the top of Group A will 18 points from seven matches in the qualifying tournament.

“England has tremendous offensive potential, scoring many goals and winning 7-0, 6-0 and 5-0. For us, it is a challenge, an incredible challenge. As a coach, I can enjoy this game but, of course, I am a little bit scared,” Challandes said.

Kosovo and England will clash against each other in the qualifying tournament later today at Pristina City Stadium.

Germany not among top favourites for next year’s Euro Cup: Toni Kroos

All you need to know about day-night Tests!