With the commencement of Mzansi T20 Super League in South Africa, there is estimation that the cricket is going to boom in the country. 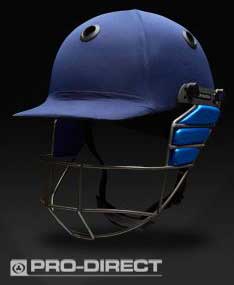 On the first day of league is going to be enthralled by the clash between Cape Town Blitz and Tshwane Spartans at Newlands.

Joining the caravan of the T20 Tournament, world’s leading cricket brand, Kookaburra will join the cause becoming an official partner for the helmets across the league.

Now, all the six teams will use Kookaburra Helmets which are promised to deliever optimum protection to the batsman.

The Cape Town Blitz, Durban Heat, Jozi Stars, Nelson Mandela Bay Giants, Paarl Rocks, and the Tshwane Spartans will be the teams competing in the inaugural season, starting on November 16 with the Blitz taking on the Spartans at PPC Newlands.

Kookaburra helmets are widely acclaimed for its quality and are accredited as an international standard helmet owing to its optimum quality. The Kookaburra Pro 1500 will be used by all the participating players and teams in the MSL.