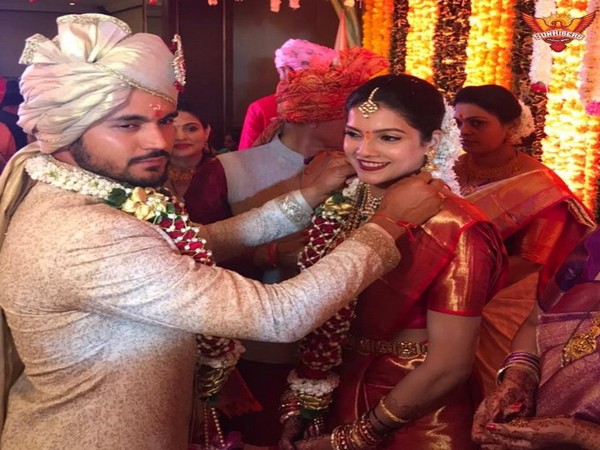 “Congratulations Pandey Ji. Wish you both a lifetime of beautiful moments and happiness. God bless you both @im_manishpandey,” Kohli tweeted.

Vice-captain Rohit Sharma had also tweeted on Monday to congratulate Pandey on the beginning of new innings.

“Wish you both all the happiness in the world. Trust me this will be your best innings @im_manishpandey,” Sharma tweeted. 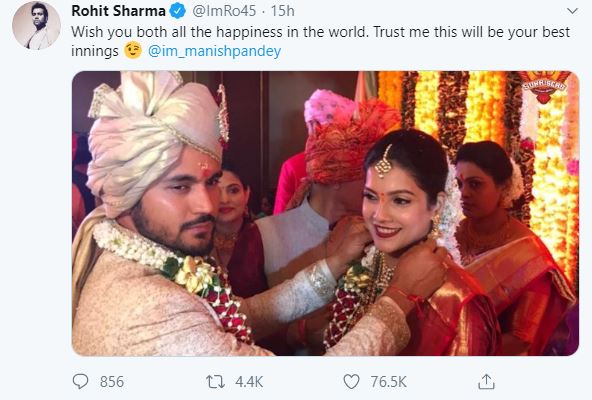 Pandey on Monday married film actor Ashrita Shetty in Mumbai. The cricketer got married just hours after the finals of the Syed Mushtaq Ali Trophy.

The cricketer had led Karnataka to the tournament win in Surat on Sunday.

Skipper Pandey had played a crucial knock of 60 runs off 45 balls in the finals.

On being asked about preparation for the upcoming West Indies series in the post-match presentation ceremony, Pandey had replied: “Yaa definitely, but before that there is one more big series to come, getting married tomorrow.”

“It will be a good one and yaa I am ready for the series,” he added.

India and West Indies are slated to play three T20Is and as many ODIs.

The first T20I will be played on December 6 at Hyderabad.