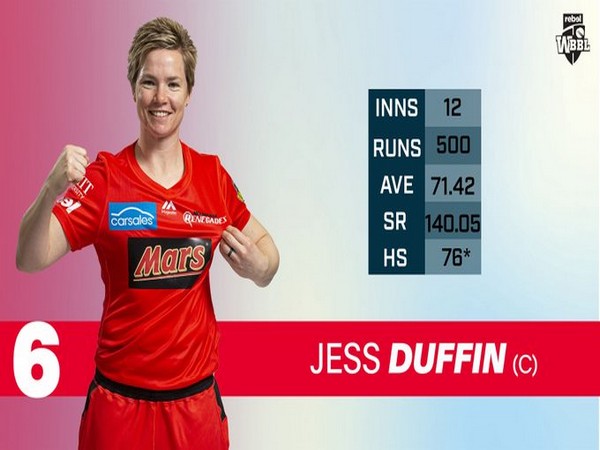 Melbourne [Australia], Dec 3 : The 2019 Women’s Big Bash League on Tuesday revealed their first official Rebel WBBL team of the Tournament with three Melbourne Renegades cricketer making it to the side.

Captained by Renegades’ skipper Jess Duffin, the team features players from six of the eight clubs.

Adelaide Strikers Sophie Devine, who was in a red hot form in the showpiece event was named the Player of the Tournament. The 30-year old all-rounder from New Zealand smashed 699 runs at an average of 77.66 and scalped 16 wickets at 20.25 in the mega event