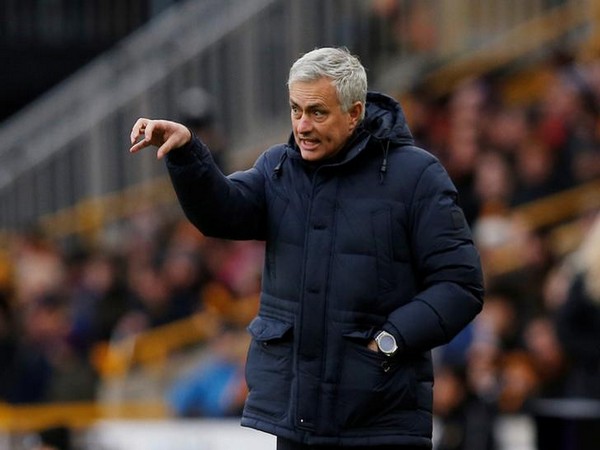 Leeds [UK], Dec 27 : After Pep Guardiola and Jurgen Klopp, Tottenham coach Jose Mourinho has now hit out at the Premier League festive scheduling and said it is against every rule of physiology and biology.

Earlier, Liverpool coach Klopp had also lashed out at the scheduling saying it is unfair for teams to play two matches in a span of 48 hours. He sympathised with Manchester City, who are all set to play a match later today, and then they will take the field on Sunday.

Mourinho’s words came after Tottenham’s 2-1 win over Brighton in the Premier League.

“I cannot imagine these boys, not just my boys, but Graham Potter’s boys, how they can play in 48 hours. If you go to control the distances they run, the intensity, the breaks, if you are going to control that and if we are going to tell anyone who understands physiology, it is a crime that they are going to play football again on the 28th,” Goal.com quoted Mourinho as saying.

“It is against every rule of physiology, biology, biochemistry, every rule. But that is the way it is, even with three guys suspended,” he added.

Various media reports also state that Manchester City’s manager Guardiola has also written to the organisers of Premier League to look into the matter of hectic scheduling.

In the match between Tottenham and Brighton, the latter scored the goal first to put pressure on Mourinho’s side.

However, Harry Kane and Dele Alli scored for Tottenham to take the side to the fifth spot in the standings.

The side will next take on Norwich City on Saturday, December 28.