Anyone who is familiar with the fundamentals of biology and ecosystems knows that the Sun is the primary source of life on Earth. Since the beginning of human history, we as a species have spent countless ages living and having fun in the Sun. Therefore, the claim that it causes skin cancer, a modern disease, is immediately preposterous and absurd. Since modernity, the prevalence of cancer has skyrocketed, which is not surprising given that it is generally known that the most common causes of this disease are actions and activities that include artificial changes to our surroundings anything that modernization has made prevalent.

With 40% of all cancer cases being cancer-related to the skin, it is the most frequent type of cancer. About 80,000 people every year pass away from skin cancer. The three primary kinds of skin cancer are melanoma, squamous cell carcinoma, and basal cell carcinoma. The first two of them are together referred to as non-melanoma skin cancers. These are far more common and typically don’t go worse. Most instances can be readily dismissed, and they rarely even end up in official records. On the other hand, melanoma, though it only occurs in 1% of instances, causes the bulk of skin cancer-related fatalities. The kind of skin cancer that matters is this one.

The positive news is now generally acknowledged that while sunlight may contribute to the less dangerous non-melanoma cancers, melanoma is most likely not one of those cancers.

Caffeine: How And Why Should You Wean Off It; Explains Functional Nutritionist Mugdha Pradhan
Also Read

Following rising clinical evidence of melanoma cases in body areas that didn’t receive any sun exposure, this is a relatively new development that took place in the previous decade or so. Evidence is now acknowledged in widely accepted medical fact sheets on cancer-related to the skin, since it has grown to be so conclusive. But the old paradigm persists, as is the case with many things. In science, paradigm transitions are never easy, particularly when financial incentives are against the change.

I now turn to the primary causes of skin cancer listed by recognized sources as of right now. UV light from the Sun and other artificial sources, including tanning beds, is still the main factor that has been established as being responsible (this is despite them stating, usually on the same page even, that melanoma, the most important form of skin cancer is probably not caused by UV radiation). As a result, practically all of the preventative measures mentioned in health guidelines are focused on limiting exposure to the sun. Examples include wearing helmets, fully covered clothing in the sun, staying inside during the hottest part of the day, applying sunscreen, etc. It’s an entire paradigm, as I mentioned; therefore, changing it is difficult.

Additional “risk factors” or secondary reasons mentioned include having fair skin, a compromised immune system, a family history of skin cancer, and genetics. I think each of these points is really important. Undoubtedly, skin tone plays a significant role. According to estimates, Caucasians have a skin cancer risk that is around 15 times greater than that of individuals of colour. Due to this, cancer-related to the skin is a considerably greater health risk in white communities than it is in India.

Similar to other cancers, skin cancer includes unchecked cell development. Any area of the skin can experience this, and in difficult situations, it can spread to other areas. A DNA mutation is alleged to be the cause of this. And it is asserted that the main reason for this mutation is UV radiation.

The concern asked at the top of this article, “How is sunlight, which we have had all throughout our evolution, be causing this modern disease?” is also one that several of the studies evaluating the facts on UV radiation and cancer-related to the skin attempt to address. And their response is ozone layer depletion, a topic that the majority of us learned about in high school. They cite evidence that purports to demonstrate that the ozone layer is being destroyed by these chemicals, CFCs and HFCs, which are primarily released by air conditioners, refrigerators, and aerosol cans. As a result, UV radiation now reaches us at higher levels than it did previously.

I, for one, do not believe that there is no correlation between exposure to sunlight and the development of cancer-related to the skin. When taking into account these health variables in addition to the risk of developing skin cancer, most of us today need to be receiving a lot more sun exposure. Focusing on specific processes and neglecting other consequences while developing health guidelines is a highly frequent practice in contemporary mainstream medicine. You must have noticed that being “holistic” is a huge deal in the alternative healthcare sector.

Numerous health benefits can be derived from spending time outside in the sun. Of course, it makes vitamin D. However, the advantages of full-spectrum white light during the day are greatly understated. Along with other things, it raises your serotonin and cortisol levels. It very substantially impacts your neurotransmitter and hormone levels positively and corrects your circadian rhythm. Your skin cells, which have the ability to interpret light and start biochemical reaction chains, can also play a role in this. Sunlight is a natural antidepressant.

Mugdha Pradhan, CEO & Founder of iThrive, TedX speaker, Serial Entrepreneur, Author, and Orator has a Master’s Degree in Nutrition. A few years ago, when she struggled with her personal health issues, learning the nuances of Functional Medicine transformed Mugdha’s health and made her fit, happy and healthy. She moved from Canada to introduce Functional Nutrition for the first time in India through iThrive – Healing & Beyond in 2019.

iThrive is a health and wellness startup that focuses on reversing chronic health conditions and lifestyle diseases through Functional Nutrition using root cause analysis. It is backed by a team of highly qualified functional nutritionists that help people in reversing a multitude of health dysfunctions through their expertise, science-backed functional nutrition coaching and real-time response.

iThrive recently raised $350,000 in a pre-Series A round, which will be used to accelerate iThrive’s growth and scale all three verticals with technology: iThrive, iThrive Essentials & iThrive Academy. 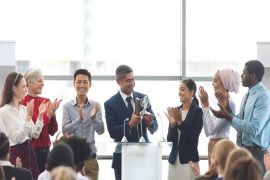 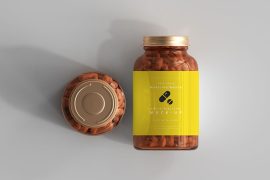 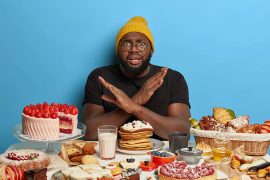