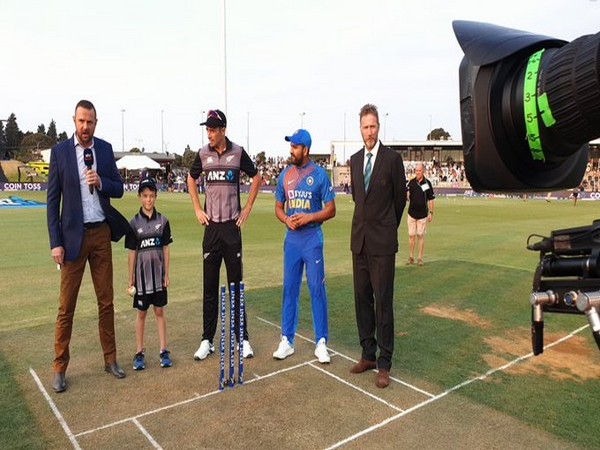 Mount Maunganui [New Zealand], Feb 2 : India won the toss and elected to bat in the final T20I of the series against New Zealand at the Bay Oval here on Sunday.

India are currently dominating the series with an assailable 4-0 lead after winning the last two games in a Super Over thriller. India will aim to become the first side to white-wash their opponent in the five-match T20I series. Whereas New Zealand will look to avoid the clean-sweep.

India made one change in the playing eleven and have rested regular skipper Virat Kohli. Rohit Sharma, who missed the fourth T20I, will be leading the side in the game as he replaced Kohli.

On the other hand, Kiwis are playing with an unchanged squad despite the defeat in the last game.

Will be judged if I don’t win Champions League: Pep Guardiola