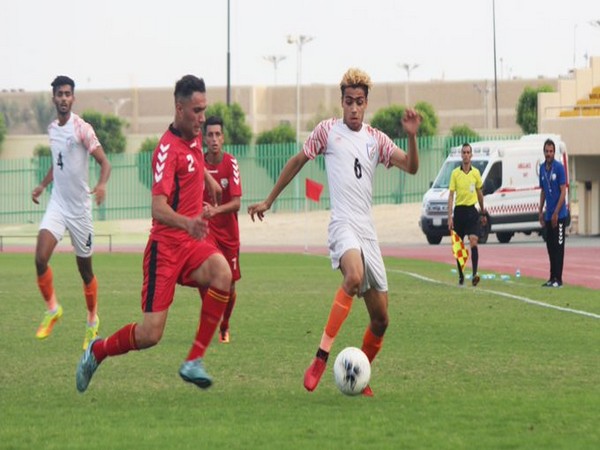 This was India’s third consecutive defeat in the AFC U19 Championship. India sit at the bottom of group F with three losses while Afghanistan are placed at the third spot with three points.

The Afghans scored thrice in the first half, racing into an early lead. The Indians did try to pull it back, creating scoring opportunities in the second half, and even hit the crossbar twice but failed to find the net.

The match began with Afghanistan taking a quick lead in the second minute through captain Ahmad Ramaki, who scored from a melee in the six-yard box after a corner kick.

The Afghans got their second goal two minutes later through midfielder Ahmad Nawshad. He struck a left-footed shot from long distance, which took a deflection on its way in.

Coach Floyd Pinto’s boys went forward with attacking intent, looking to find a way past the Afghan defence. Their best chance of the first half came through Vikram Partap Sandhu in the 22nd minute, who struck a vicious shot from the right that was just tipped over the post by opposing keeper Hadi Zada.

Afghanistan scored another goal in the 29th minute through Khatam Del – as he latched on to a loose ball in the Indian defence and ran towards goal, before scoring past the keeper.

Ravi Rana came close to putting his name on the scoresheet for India in the 37th minute, as he got on the end of a cross from Vikram Partap. However, his effort from close range was blocked by a last-ditch challenge as the ball went out for a corner.

Narender too had a shooting opportunity from the top of the penalty box but his shot was blocked yet again as the ball found its way to the keeper.

After the break, India attacked with vigour and came inches close to scoring in the 51st minute. Gurkirat Singh charged through the middle of the pitch and was fouled on the edge of the penalty area. He took the resulting free-kick, which bounced off the crossbar.

Six minutes later, he had another chance after Manvir Singh found his way to the by-line and laid the ball off to Gurkirat. However, his effort was not on a target.

The Indian side continued to press forward and on the other end of the pitch, Akash Mishra produced a fine last-ditch challenge in the 64th minute on an Afghan forward who had a clear run at goal.

In the 77th minute, India came close yet again – this time through Vikram. Narender played in a curling cross from the left flank that found Vikram in space but his header was not on target.

With seven minutes to play, the Indian side was denied by the goalkeeper yet again. Givson Singh played in a free-kick from the right flank and Akash popped up with a quick shot, which hit the crossbar and was cleared away by the Afghan defence.