Premier IV Therapy Spa, Hydrate IV Bar is delighted with the opening of the national franchise program , which also coincided with the National Wellness Month. Ever since it attained popularity all over Denver and Boulder, CO in the last four years, it has been showing much interest to undertake further expansion with its first-to-market franchise happening at Fort Collins, CO during the next month.

Katie Wafer, Founder has developed a passion towards health, wellness and holistic care. After her graduation, she had been focused on a career in travelling medical sales apart from her “off hours” for the Denver Broncos Cheerleading Team. Katie saw herself struggling to maintain her signature for the first time in her entire life. This has forced her to take up health as a serious issue, just like how professional athletes would take care of their health.

Wafer further mentioned that professional athletes have always been on the lookout for ways to train themselves as hard as possible, apart from ensuring speedy recovery in order to have a competitive edge over others. She decided that she would do the same thing. She further explained that athletes have been highly successful when they dedicate themselves to a set of modalities. However, she stated that she was still stuck the most, due to athletes using IV therapy on many occasions. She felt that if that would help provide energy to athletes, would it not provide the endurance for the everyday persons in the same way.

In 2016, Wafer opened the first Hydrate IV Bar. Upon visiting IV clinics all over the country, she wanted Hydrate IV Bar to operate differently than many others – as a spa and not as a clinic. Currently, after adding five locations, Hydrate IV Bar spas continue to provide the radiance by offering a relaxing atmosphere just like a spa, without letting go of the skilled professionalism required of a medical office. Hydrate IV Bar’s cocktail-style menu provides a range of offerings for illness, wellness, recovery and so on. There are professionally registered as well as friendly nurses for administering vitamin-infused IVs and injections.

Dickerson had spent almost a decade providing education and training along with Xtreme Lashes while simultaneously growing her business. Moreover, she has also mentored other businessmen in their business journeys. Dickerson’s husband Chad Grote who had many decades of experience in the field of construction and real estate had joined both of them, when the decision was taken to expand the partnership which included franchising.

Hydrate Bar IV is presently in search of qualified franchise candidates who possess a passion for health and wellness and also possess business acumen and strong leadership skills. The investment required to open a Hydrate IV Franchise currently ranges between USD 150K and 200K and is primarily dependent on the choice of location. 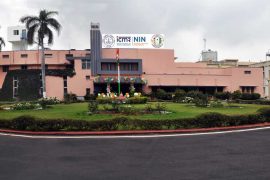 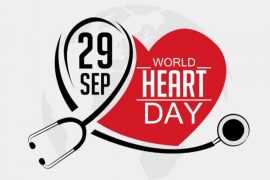