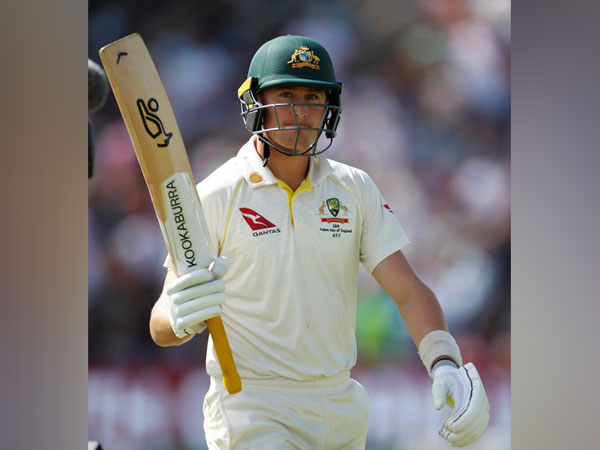 Cardiff [UK], Nov 13 : Glamorgan have announced the signing of Australian batsman Marnus Labuschagne for the upcoming 2020 and 2021 season.

The batter will be available for the club across all three formats of the game.

“I am absolutely rapt to re-sign for Glamorgan and come back to Cardiff for another two years. I love the city and loved playing for the club. The boys were incredible from day one and I felt part of something special. The coaching staff were great and Matt really understood my batting and helped me to get the best out of my game,” Labuschagne said in an official statement.

“My batting improved a lot last year under his guidance and I’m excited to work him again. But I am equally excited to do everything I can to help drive the team into Division One. We definitely have the playing talent and coaching staff to get us there,” he added.

He had signed as the Welsh county’s overseas player in the first half of the 2019 season and he also became the first player in domestic cricket to reach 1,000 county championship runs this year.

He also went on to take 19 wickets with his leg-spin. He scored five centuries in the campaign, including 182 against Sussex and also recorded twin centuries against Worcestershire.

He became the first Glamorgan player since 2005 to do so. This form in county cricket helped him to get a national team call-up during the Ashes series.

Labuschagne had become the first substitute in Test cricket during a Test match at Lord’s against England. Steve Smith was hit by a bouncer bowled by Jofra Archer and as a result, he had to come in as a concussion substitute.

He scored four half-centuries in the Ashes. He finished as the second-highest run-scorer for Australia in the series.

“To have Marnus sign for two years is great news for everyone associated with the club. He showed during the county season and Ashes what a fantastic player he is and will significantly strengthen our batting and bowling departments across all three formats,” Glamorgan’s Director of cricket, Mark Wallace said.

“He is incredibly hard-working, a great motivator and someone who leads from the front both on and off the pitch. Marnus always plays with a smile on his face and is extremely popular at the club. I know he would have had significant offers to play elsewhere so to have him return to Wales for the next two years is a massive boost to everyone at the club,” he added.

Has always been great to have duels with Sergio Ramos: Robert Lewandowski