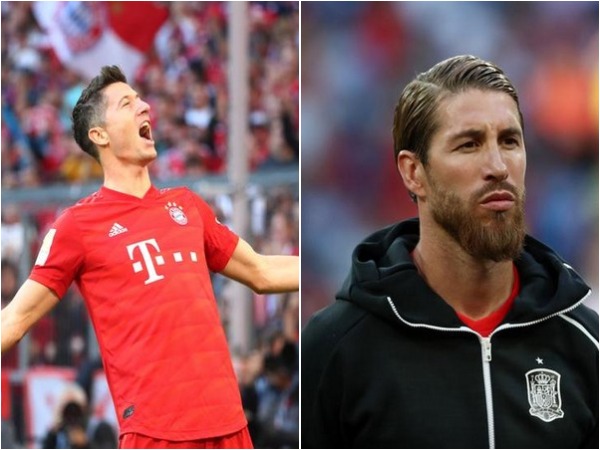 Leeds [UK], Nov 13 : Bayern Munich’s striker Robert Lewandowski has said that it has always been great to have duels with Real Madrid’s defender Sergio Ramos.

Over the years, Lewandowski has been seen battling it out with defenders like Virgil Van Dijk (Liverpool), Gerad Pique (Barcelona) and Jerome Boateng (Bayern Munich), but he has revealed that none of them were as difficult as Ramos was.

“The toughest opponent? There are plenty of good defenders, but it has always been great to have duels against Sergio Ramos. I was always happy to be able to compete with him,” Goal.com quoted Lewandowski as saying.

Lewandowski had first squared off against Ramos during the 2012-13 Champions League as a Dortmund player.

He scored a goal in their first meeting when Ramos was actually playing at right-back. The striker also went on to bag four against Ramos’ Real Madrid later that year.

Since then, the pair have faced off against each other five times at club level, with Lewandowski only managing to score one goal in those clashes.

In the current season, Lewandowski has scored 23 goals for Bayern Munich during the Bundesliga and Champions League matches.

However, the striker’s form has not resonated with the side as they are not on the top of the Bundesliga standings.

Bayern is currently placed at the third position in the standings with 21 points from 11 matches.

The side will next take on Fortuna in the tournament on Saturday, November 23.

Glamorgan announces signing of Marnus Labuschagne for 2020 and 2021 seasons