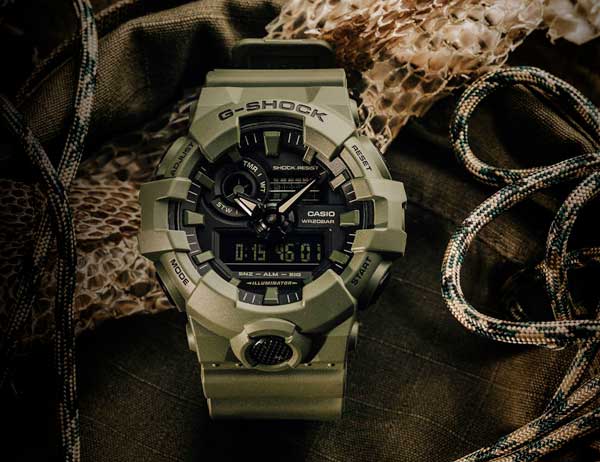 The DW5600NE-1 features a gold clasp, alongside gold accents on the face. The base model is the square DW5600, whose shape and dark coloring recalls the look of the original G-SHOCK. The watch also displays the New Era logo on the face and back of the watch. To commemorate this significant collaboration, the watch’s collectible packaging has been designed in the form of a New Era cap, featuring G-SHOCK’s 35th-anniversary logo, which takes place throughout 2018.

“We’re thrilled to be continuing our partnership with New Era,” said David Johnson, Vice President of Casio’s Timepiece Division. “After seeing the success of our previous collaborations, we’re excited to launch the latest model with a brand whose legacy is in line with G-SHOCK’s.”

The new timepiece comes equipped with standard G-SHOCK features including:

The DW5600NE-1 will retail for $150 and will be available for purchase beginning in September 2018 at retailers including the G-SHOCK Soho Store and gshock.com, as well as NewEraCap.com.

Patna Pirates hires Meraki to boost up its brand recognition

Making ‘Sports for all, all for sports’ Decathlon opens up a store in the capital city of Combodia