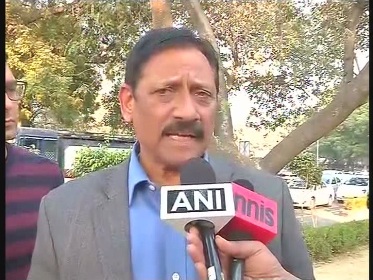 New Delhi [India], Dec 5 : Sports Authority of India (SAI) has asked the All India Chess Federation (AICF) to return the money after the fraud was reported on the conduct of last year’s National sub-junior Chess Tournament.

AICF Secretary, Bharat Singh Chauhan, said that the Chartered Accountant himself admitted that the signature was not his.

“AICF got the complaint that signatures are a forgery and many other complaints. AICF President made a three-member committee Narasimha Reddy, D. V. Sundar and Kishore Bandekar. They gave clean chit to Bengal Chess Association secretary Atanu Lahiri. After the clean chit, there is nothing left and we also thought that it was right but the person, who did not get justice by AICF, went to SAI and provided the evidence,” Chauhan told ANI.

“SAI conducted the investigation and Chartered Accountant himself said that those were not his signatures. Then a letter was issued saying that they will have to give Rs 10 lakh and provide the nationals’ list from 2014 onwards about how much money was given to them and the enquiry will be done again,” he added.

Chauhan said he has got the mail from the President saying that the money has to be deposited to SAI.

“The President again formed the committee with the same three members who gave them the clean chit. If something was found after giving clean chit, we should have been acted responsibly and formed a different committee because this committee had failed in the past to prove such things,” Chauhan said.

“There was a committee meeting yesterday and I do not know about the report but I got the president’s mail that 10 lakh has to be deposited to Sports Authority of India,” he added.

Chauhan said that if such incidents will happen, chess will suffer as the sport is supported by the government.

“Sport like chess is supported by the government and if mistakes like this will come up then we will face difficulty in future to go to SAI for our projects and chess players will be affected by this. So, I think we will have to get these things right as soon as possible,” Chauhan said.

It’s a massive win for us: David De Gea after victory over Tottenham

Yuvendra Chahal reveals how he unwinds himself!