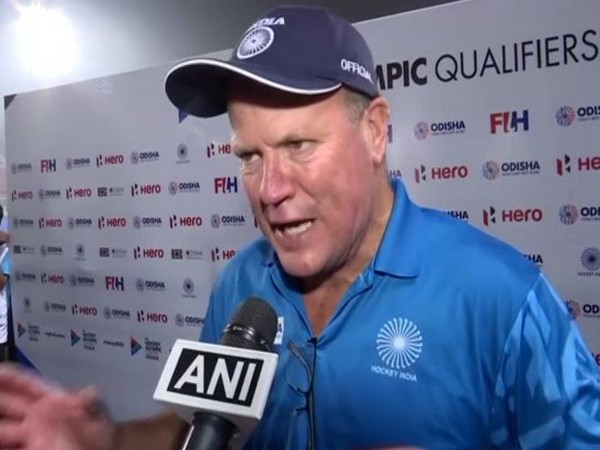 Bhubaneswar (Odisha) [India], Nov 3 : After thrashing Russia in the FIH Olympic qualifiers, Indian men’s hockey team coach Graham Reid exuded confidence of team giving its best performance in the upcoming Olympics and said that everyone dreams of having a medal in these games.

India sealed their berth in the Tokyo 2020 Olympics after defeating Russia in the qualifiers on Saturday.

“It is a first for everyone, there was a lot of pressure and everyone needs to be credited for our splendid performance,” Ried told reporters.

“I don’t care who you are, you always dream of Olympic medal of some description. I was lucky enough to win one as a player and that experience may help us give a good shot,” he added.

The 2020 Olympic hockey tournaments will take place in Japan’s capital city from 25 July to 7 August next year.

“We have got nine months to get as good as we can and that’s what our plan would be,” said Reid.

Hailing Russia’s solid defense against India, coach Reid told ANI, “We didn’t start too well but we got the job done and full marks to Russia, we had to work hard to beat them.”

In the second leg of the Olympic qualifiers, Russia got off to a brilliant start as it gained a one-goal lead in the first minute.

India rushed off the blocks in the second quarter with three goals, taking the scoreline to 3-1.

Nilakanta Sharma then added another goal of the match when the game was in the 47th minute.

India continued their aggressive form in the game and just after one minute, the team took their lead to four with the help of Rupinder Pal Singh’s strike.

Consolidating India’s position further in the match, Rupinder netted another goal, taking the scoreline to 6-1.

When the match was in the final minute, India’s striker Amit Rohidas scored a goal as the game ended with a scoreline 7-1.

Hence, the game concluded with an aggregate score of 11-3, which enabled India to qualify for the Tokyo 2020 Olympics.