In a major partnership deal, eSports major company ESL has extended its partnership with technology biggie Intel. The deal which has been done in $100 million will ensure a three-year extension.

The three year deal which will go till 2021 starting from the next year will include funding of new competitive gaming competitions in Asia, apart from organizing of 14th Season of the Intel Extreme Masters, One of the Longest-running professional eSports circuits.

The main objective of the deal will be to develop eSports with the advent of new technological advancement and events.

“With the support of Intel, ESL produces world-class stadium eSports events while contributing to the global expansion of competitive gaming,” said Jørgen Madsen Lindemann, president and chief executive of ESL owner MTG. “Mutually beneficial partnerships are a key driver of this rapidly developing industry, which brings technology and entertainment together to create memorable experiences for eSports fans around the world.”

“This joint investment with ESL into the ecosystem means that the eSports growth and innovation that we’ve led over the past two decades will continue,” added John Bonini, vice president and general manager of VR, gaming, and eSports at Intel Corporation. “This partnership will advance the rapid evolution of esports, and Intel is committed to ushering in this new era with technology solutions that place the gaming community and fans first.”

The partnership which dated back to 2017, just after after when ESL extended its collaboration with the German car maker Mercedez-Benz till 2020. Recently, the company has also signed right deals with Denmark based TV 2. 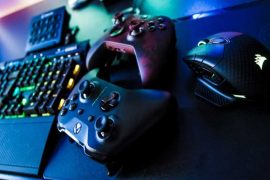