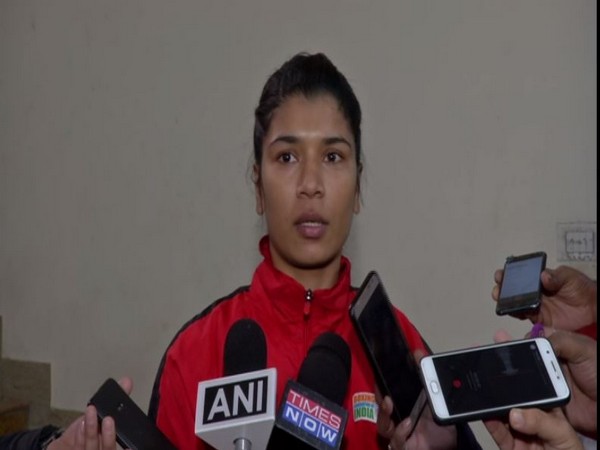 New Delhi [India], Dec 27 : Ahead of the bout against six-time world champion Mary Kom in the Olympic Qualifiers trials, boxer Nikhat Zareen says she is ‘eagerly waiting for the clash and will give her 100 per cent’.

“I’m eagerly waiting for tomorrow’s bout and looking forward to the same. I will give my 100 per cent. I am ready for the clash,” Zareen told reporters after winning her bout.

When asked about feeling the pressure ahead of the big match, she said: “There is no pressure right now because I was demanding the fight against her (Kom), which is now happening. I’m excited and I will give my best. Irrespective of the result, I will get an opportunity to face her.”

The trials for the women’s boxers are underway and will conclude on December 28 while the men’s trials will take place from December 29 to 30.

On October 17, Zareen had written to the Union Sports Ministry challenging the Boxing Federation of India’s (BFI) decision to accommodate world champion Kom by changing its rule of exempting gold and silver medallists from the World Cup.