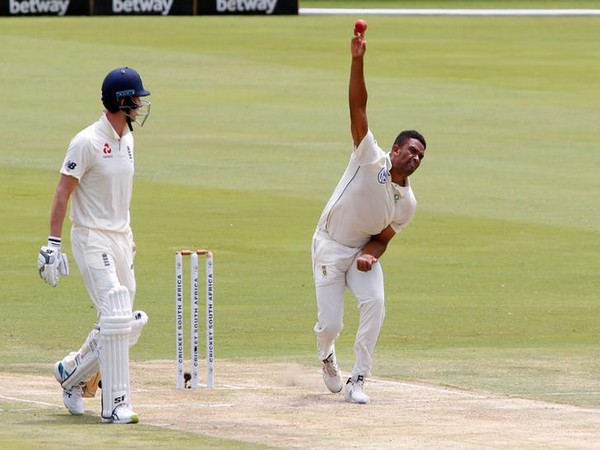 Centurion [South Africa], Dec 27 : The day two of the ongoing first Test between England and South Africa saw a shared result for both the teams at the Super Sport Park on Friday.

Proteas, after bundling out the visitors for 181 in the first innings, were struggling at 72/4 in 20 overs at the end of play on day two.

The home side is leading by 175 runs with still six wickets remaining. The team scored a total of 284 in their first innings.

England pacer James Anderson provided the early breakthrough as he found opener Aiden Markram (2) in front of the wickets in the very first over.

Zubayr Hamza joined Dean Elgar in the middle and stitched a brief partnership of 23 runs for the second wicket. Hamza was sent back to the pavilion by Stuart Broad after scoring four runs, reducing Proteas to 25/2 in 7.4 overs.

In the ninth over, Elgar (22) was caught behind the stumps by Jos Buttler off Jofra Archer making the situation tough for the home side.

Skipper Faf du Plessis (20) and Rassie van der Dussen provided some stability in the innings and build a stand of 33 runs before the former was dismissed by Archer.

Dussen and Anrich Nortje are unbeaten at 17 and four runs respectively. Archer bagged two wickets while Anderson and Broad clinched one wicket each.

Philander, playing in his last Test series, in his 14.2 overs spell, bowled eight maiden overs with an economy of 1.11.

Joe Denly (50), Ben Stokes (35), and skipper Joe Root (29) were the only three batsmen to add some respectable total to the scoreboard.