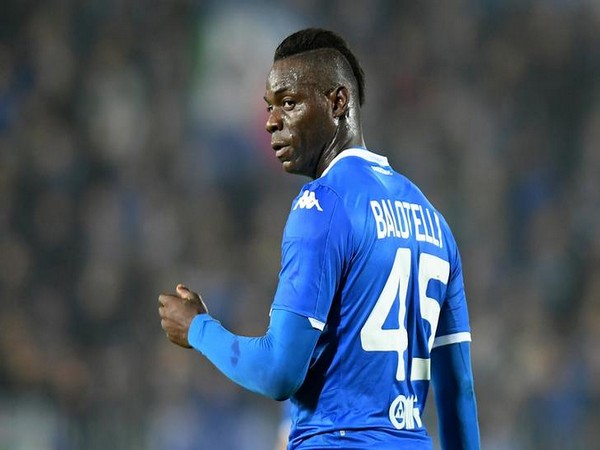 Leeds [UK], Nov 26 : In a bizarre incident, Italian club Brescia’s president Massimo Cellino has asked the side’s striker Mario Balotelli to lighten up a little and said it is proving difficult for the striker to do as he is ‘black’.

Balotelli had been dropped for the Serie A clash with Roma on Sunday following a training ground incident.

The incident that witnessed coach Fabio Grosso kicking the striker out of the session as he was not putting in enough effort.

“What do you want me to say about him. He is black. He is working to lighten up but he is having difficulty. We cannot think that one player alone will save the squad. That would be wrong for the team,” Goal.com quoted Cellino as saying.

The president’s remarks came weeks after Balotelli was subjected to racist abuse from Hellas Verona supporters.

During the incident, the striker was visibly upset and he kicked the ball towards the fans and he had to be stopped from storming off the pitch.

Cellino’s statements have continued to make headlines and this forced the club to officially role out a statement, saying that the president was just trying to make a joke.

“Regarding the quotes released this afternoon by President Massimo Cellino, referring to our player Mario Balotelli, Brescia clarifies that they were a paradoxical joke, clearly misunderstood, released in the attempt to defuse excessive media exposure and to protect the player,” the club said in a statement.