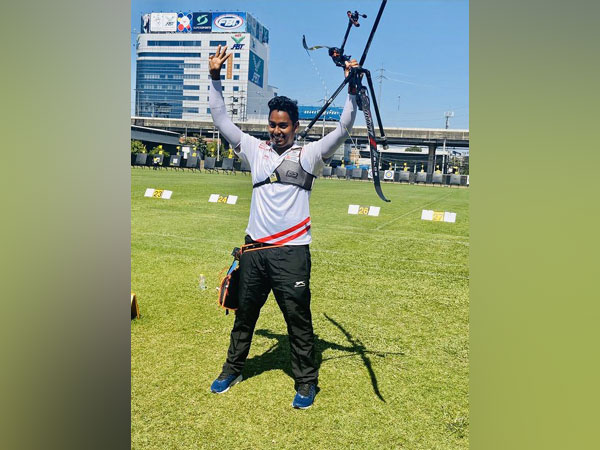 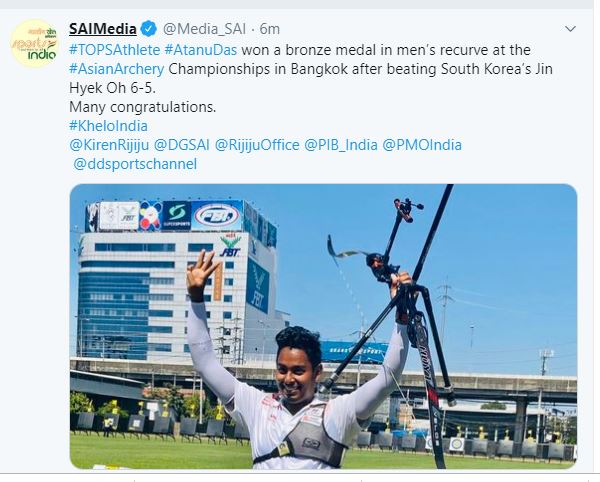 On Monday, Das had combined with Deepika Kumari to win a bronze in the mixed team recurve event at the ongoing Championships.

The duo defeated China’s pair 6-2 to win the medal.