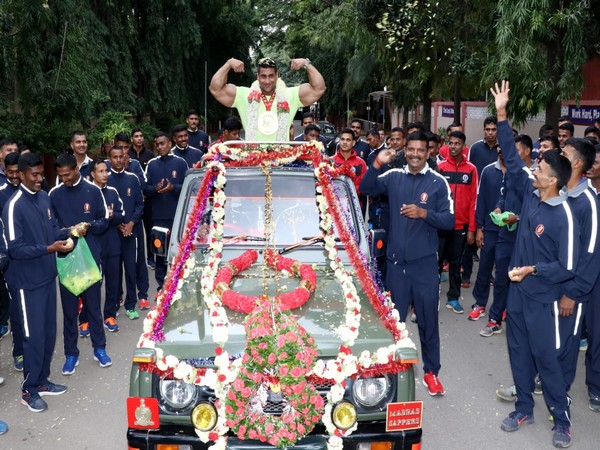 He was welcomed at the Madras Engineers Group in Bengaluru by senior officers.

Kumar, who hails from the Madras Engineer Group won a gold medal in the 100 plus kg weight category in the World Body Building Championships.

The tournament was held from November 5-11 at Juju Island, South Korea.