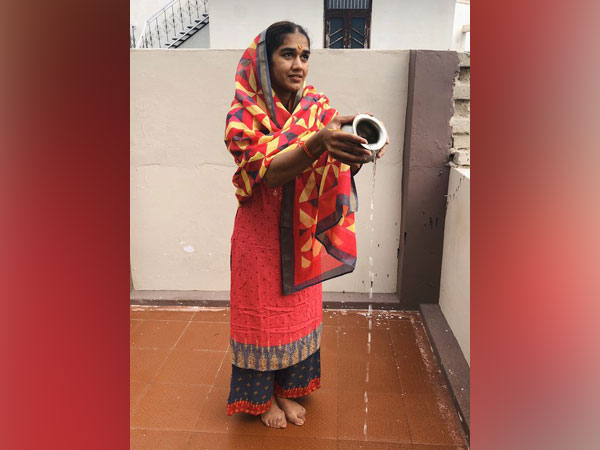 New Delhi [India], Nov 28 : Wrestler and BJP member Babita Phogat, who is all set to tie the knot with her fiance Vivek Suhag, started performing marriage rituals with the ‘Baan’ on Thursday.

Taking to Twitter, Phogat shared the pictures of the rituals and captioned the post as “first ritual of marriage (baan)” (Shaadi ki pehli rasam). 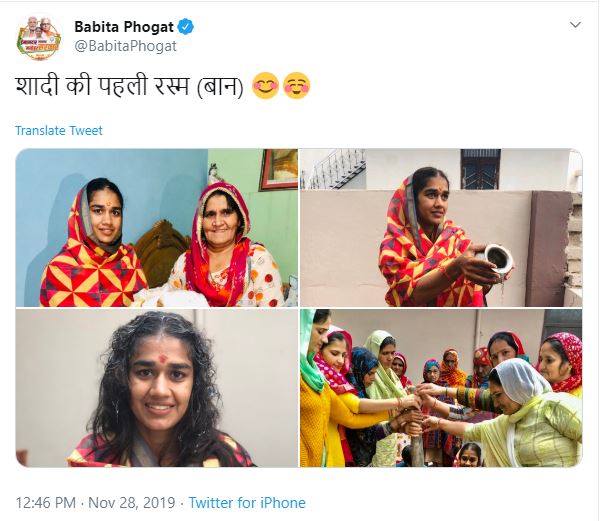 The wedding is scheduled to take place on December 1.

Commonwealth medalist Babita Phogat contested from Dadri assembly seat in Haryana and lost to independent Sombir Sangwan. She had received 24,786 votes in total.

Phogat had joined the BJP with her father in August ahead of the assembly polls in the state.

We have good relationship: Harry Kane on Jose Mourinho