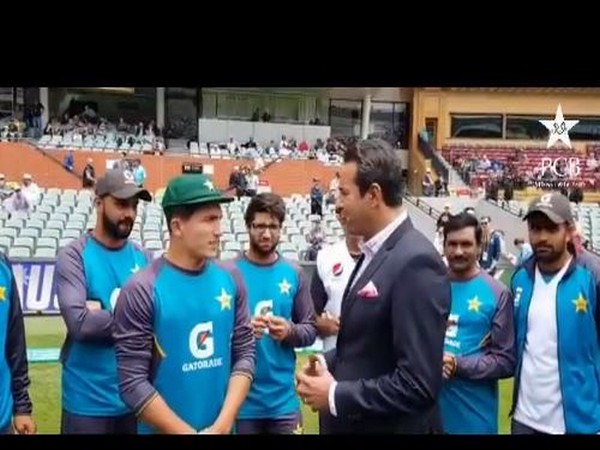 Adelaide [Australia], Nov 29 : Before the start of the first day of the ongoing day-night match against Australia, Pakistan pacer Musa Khan was handed his maiden Test cap by former great Wasim Akram on Friday here at the Adelaide Oval.

“I am very happy, I received my first Test cap from such a legendary player, hope I will produce a good performance for Pakistan. I will try to give my best for the team,” Khan said in the video.

Akram asked the entire Pakistan team to get behind the youngster and support him in his first Test for the country.

“Keep talking to him, when I played my first match, I kept on feeling like what would happen? How would I go about doing my thing in the match? Keep your entire focus on the match and try to bowl on the correct length in the match. Try to enjoy this occasion,” Akram said.

Pakistan lost the first Test against Australia by an innings and five runs.

There are three changes to Pakistan’s line up from the previous match. Khan, Imam-ul-Haq and Mohammad Abbas have been brought into the team.

Pakistan is yet to open their account in the World Test Championship.