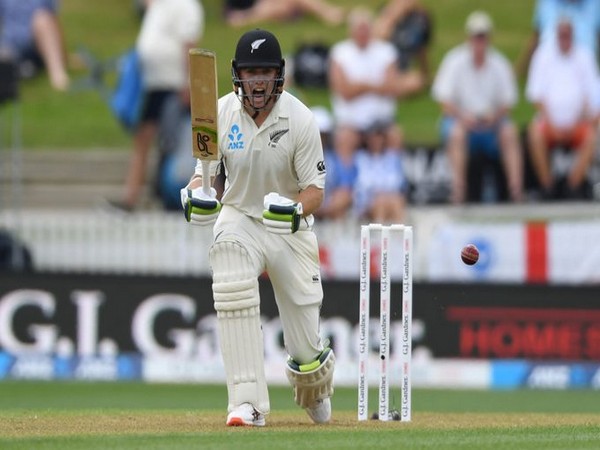 Hamilton [New Zealand], Nov 29 : Rain forced an early end on day one of the second Test between England and New Zealand on Friday here at the Seddon Park.

New Zealand ended the day at a score of 173/3 with Tom Latham and Henry Nicholls still at the crease. Both batsmen are currently unbeaten on 101 and 5 respectively.

After being put in to bat, New Zealand lost its opening wicket with just 16 runs on the board as Stuart Broad had Jeet Raval (5) dismissed in the seventh over.

Skipper Kane Williamson then came out to bat, and he along with Latham, put up a brief 23-run stand, but their resistance was ended by Chris Woakes as he dismissed Williamson (4) in the 14th over, reducing Kiwis to 39/2.

Ross Taylor joined Latham in the middle and the duo put on 116 runs for the fourth wicket. Their partnership saw both batsmen getting to their respective half-centuries.

England finally got the breakthrough in the 48th over as Woakes sent Taylor (53) back to the pavilion, reducing New Zealand to 155/3.

Tom Latham continued to go on his merry way and he brought up his century in the 54th over. New Zealand went into the tea interval at the score of 173/3.

Just three balls in after the tea break, rain played spoilsport and the players had to go off the field.

The players did not take the field after this rain intervention and stumps had to be called on day one.