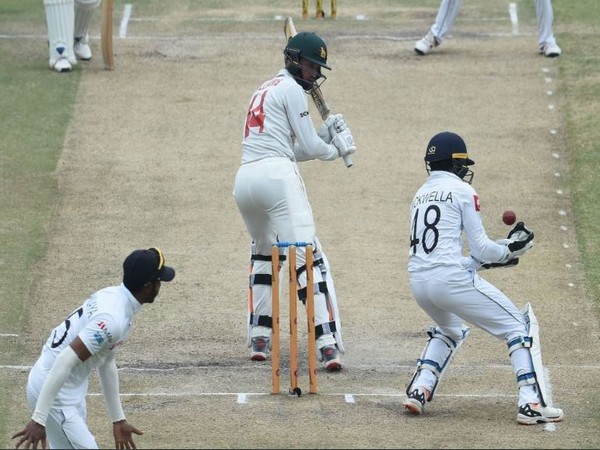 Harare [Zimbabwe], Jan 30 : Zimbabwe gained a huge lead of 354 runs over Sri Lanka in the second Test after the completion of day four here on Thursday.

Resuming day four from 62/1, Zimbabwe did not witness a good start as Lasith Embuldeniya dismissed Regis Chakabva (14) in his second over of the day.

Prince Masvaure was then joined by Brendan Taylor out on the field. The duo played cautiously but kept the scoreboard running. However, in the 39th over, Masvaure was run out due to miscommunication, after scoring 35 runs.

Timycen Maruma was the next batsman but failed to leave a mark as Embuldeniya sent the batsman back on a duck. Taylor played brilliantly and completed his half-century.

Lahiru Kumara provided Sri Lanka with the much-needed breakthrough as he dismissed Taylor (67), who was given LBW.

Sikandar Raza and Sean Williams then took the charge and formed a good partnership before the former gave away his wicket after scoring 34 runs. After Raza’s dismissal, Sri Lankan bowlers bowled with an attacking mindset and made difficult for Zimbabwe batsmen to score runs.

However, despite the Sri Lankan bowlers’ efforts, Zimbabwe have already gained a massive lead and will resume their second innings from 241/7 on day five.