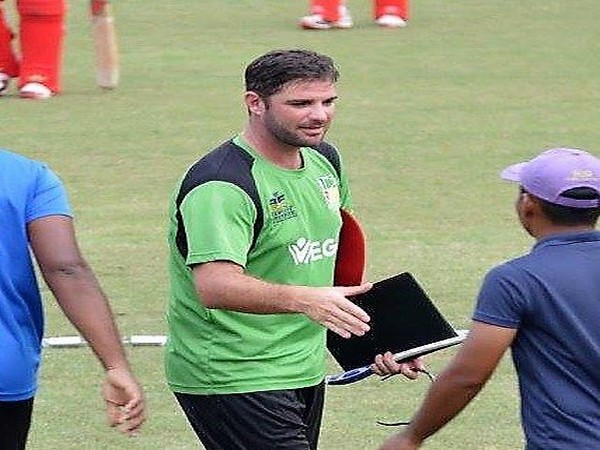 Harare [Zimbabwe], Dec 11 : Ahead of the ICC U19 World Cup, Zimbabwe Cricket (ZC) on Wednesday appointed Greg Lamb as the batting coach of the U19 team.

“THE RETURN: @ZimCricketv has appointed Greg Lamb as batting coach for the national Under-19 team, ahead of the @ICC Under-19 Cricket World Cup in South Africa. The former international has previously served in the same role. Welcome back and all the best, Lamby! #U19CWC,” ZC tweeted.

Zimbabwe on Monday announced its 15-member squad for the upcoming ICC U-19 World Cup 2019. Dion Myers will lead the team in their World Cup campaign. The tournament will be played in South Africa from January 17 next year to February 9.

Zimbabwe will lock horns against Bangladesh in their first match on January 18.