WHOOP and EF Pro Cycling have officially become partners, which has led to WHOOP becoming the Official Fitness Wearable of EF Pro Cycling. The new technology of WHOOP will now be made accessible to all those riders, including the staff members of the team that begins at the Tour de France.

Antonio Bertone, WHOOP’S CMO stated that cycling has been one of the measured and managed professional sports, but now they have just begun to scratch the surface of what would be possible when riders begin to know their inner potential.

EF Pro Cycling is set to include fresh insights that are data-driven, including actionable feedback onto their work. This would be possible by tapping into various personalized biometrics such as respiratory rate, heart rate, variability of heart rate and sleep performance. Customized EF WHOOP kits that are designed jointly along with team partner Rapha will be worn by EF Pro Cycling riders as well as staff members.

Kevin Sprouse, EF Pro Cycling Head of Medicine mentioned that their partnership with WHOOP offers valuable insights into the health as well as the performance of their staff as well as riders. Moreover, he stated that EF Pro Cycling has had a long history of collecting data on training, including competitive data about their athletes. He added that various parameters would be looked into by it such as the heart rate, aerodynamics, training load, speed, power as well as performance on index workouts, and at annual events. The whole of 24 hours can be evaluated, including being in possession of objective data on sleep and recovery while using WHOOP.

WHOOP’s partnership with EF Pro Cycling has arrived at a critical phase on cycling’s biggest stage in order to support a safe as well as healthy return to sport. At the same time, it will also empower athletes with the knowledge of how everything that would be done by them off the bike would have an impact on their performance, using the WHOOP recovery, strain and sleep. WHOOP would also be aligned onto a variety of team training tools, which also includes Training Peaks, apart from playing an important role in research to look into new protocols for a highly scientific sport.

What Are Eating Disorders? Causes And How To Deal With Them? 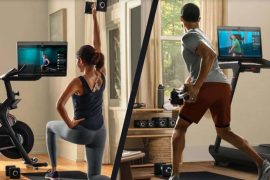 Fitness Gadgets May Warn About COVID-19 In Future 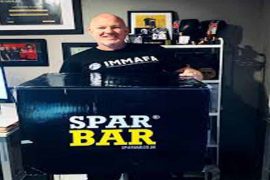 SPARBAR Has Announced Richie Cranny As Its Athletic Advisor