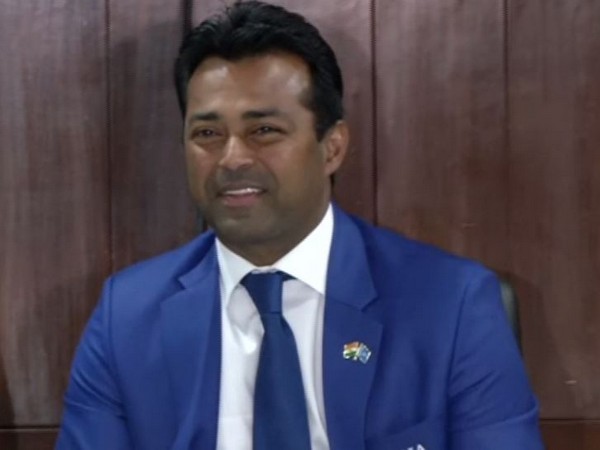 New Delhi [India], Dec 2 : Indian tennis player Leander Paes has said that he will always be there to represent the country no matter whatever the circumstances are.

“I am not going to play for much longer. I have had a great 30-year stint in Davis Cup. I have lived my career playing for the country. So for me, when it comes to being called for a tie, whatever the circumstances are, I will be there,” said Paes at a press conference here on Monday.

India had progressed to the 2020 Qualifiers after securing a 4-0 lead against Pakistan in the Davis Cup on Saturday.

Paes also stated that when it comes to playing for the country, he does not ask who the opponent is and what the venue is.

“As a representative of the country, when we put the blue on and play for our flag, just like a soldier never asks whom we are fighting against or where we are fighting. As athletes, we use our tennis racket to represent our country,” he said.

“When it comes to playing for our country we do not ask where and who our opponents are. We go out and represent the country to the best of our ability,” Paes added.

Paes expressed his elation over India’s win against Pakistan and said it was a ‘great job’ done by captain, coach, the All Indian Tennis Association (AITA) and the team.

“I just want to say that it was a great job from the captain, coach, AITA and the boys in the team coming together for the nation,” he said.

Paes praised coach Zeeshan Ali and captain Rohit Rajpal saying: “I would not have been who I am without Rohit and Zeeshan and what they have done for me in my career. I would like to thank them and it is an honour to play under them.”

India’s tie against Pakistan was shifted from Pakistan to Kazakhstan and Paes was happy with the hospitality they received at the neutral venue.

“We were playing indoors and there was bit warmth in there but still it was miserably cold outside. It was a bit of a challenge. It was India and Pakistan, playing in Kazakhstan and in Nur-Sultan, the hospitality the Kazakhstan tennis association showed, we are very grateful for it,” he said.

Rajpal and Ali also accompanied Paes during the press conference. Rajpal also acknowledged the weather challenges in Kazakhstan and thanked the team’s physios.

“The physios of the team worked really hard. I must thank them. There were recovery sessions, long warm-ups because of these kinds of situations. I have played in Sweden, in minus 15, you can easily tear a muscle and not even know for five hours that you have torn a muscle,” Rajpal said.

Ali hailed Paes saying: “The experience is one thing that he brings to the table, having played the amount of Davis Cup matches that he has played and won. No matter where we go and which team we play, they all look up to him. It does not have to be only Indian players.”

Barcelona and Real Madrid do not worry me: Diego Simeone

Having Messi is always a huge advantage: Valverde