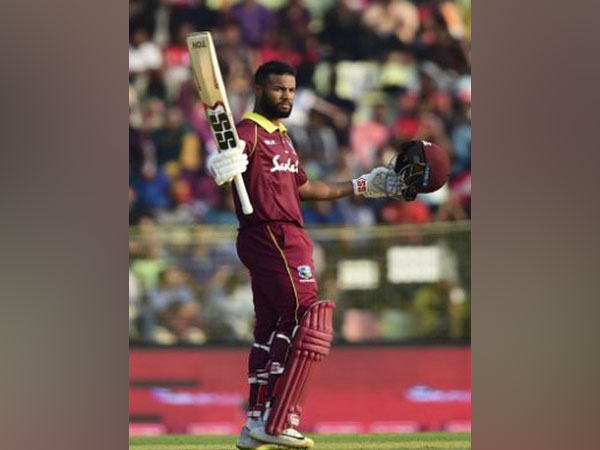 With this victory, West Indies white-washed Afghanistan in the three-match ODI series.

Chasing a decent target of 250 runs, West Indies had a poor start as two of their batsmen were sent back to the pavilion by Mujeeb Ur Rahman in the third over.

Evin Lewis and Shimron Hetmyer were given LBW. The opener, Shai Hope, was then joined by Brandon King on the field. The duo formed a 64-run partnership before Rashid Khan bowled King (39).

Nicholas Pooran was the next batsman to join Hope, who completed his half-century. Sharafuddin Ashraf, in the 29th over, ended their 51-run partnership as he got hold of Pooran (21).

Hope then added 63 runs to the board with skipper Kieron Pollard, who played a knock of 32 runs. Roston Chase then took the field and Hope converted his half-century into a century.

Both Hope (109*) and Chase (42*) easily took West Indies over the line to secure a five-wicket victory.

Earlier, after being asked to bat first, Afghanistan suffered an early blow as Ibrahim Zadran was given LBW in the third over bowled by Alzarri Joseph.

The opener, Hazratullah Zazai, was then joined by Rahmat Shah but the latter too gave away his wicket after scoring 10 runs. Afghanistan kept on losing wickets but Zazai managed to score his half-century.

However, soon after scoring the half-century, Zazai (50) was caught by Evin Lewis off Kemo Paul’s delivery. Asghar Afghan and Mohammad Nabi provided Afghanistan with much-needed momentum.

Both struck regular boundaries and formed a 127-run partnership. Afghan played a brilliant knock of 86 run before he was sent back to the pavilion by Joseph. Nabi too then completed his half-century, scoring 50 runs to help Afghanistan put up a total of 249 runs.

Messi will stay at Barcelona for next four-five years: Bartomeu