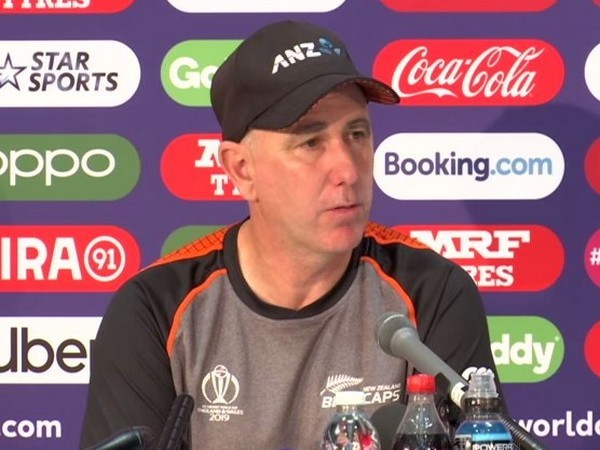 London [UK], Nov 19 : Ahead of the first Test, New Zealand coach Gary Stead said that his team will have to be at the top of their game during the whole series against England.

“England are a fine Test team. They’ve got some real world-class players. We’ll have to be somewhere near the top of our game throughout the whole series. We just want to be as competitive as we can, take the games deep and hopefully if we do that then you get on the right side of some of the results when you get to the back end of games,” ESPN Cricinfo quoted Stead as saying.

Despite admitting Jofra Archer will be a threat for them, Stead said they have Lockie Ferguson which will enable them to fight ‘fire with fire’.

“Jofra Archer will be a threat. He is a point of difference. But he can only bowl from one end. And we’ve someone in our squad who bowls at a similar type of speed in Lockie Ferguson,” he said.

“It’s really exciting to be able to fight fire with fire in some ways. And it’s exciting that there’s a potential debut for him at some stage as well. I think it’s really good in terms of the balance of the squad that we have five pace bowlers who all offer us slightly different things,” Stead added.

England have already won the five-match T20I series against New Zealand by 3-2. Both teams will now compete against each other in a two-match Test series, starting from November 21.

Our bowlers are executing plans very well: Misbah-ul-Haq ahead of first Test against Australia

Karim Benzema is best striker in the world: Eden Hazard