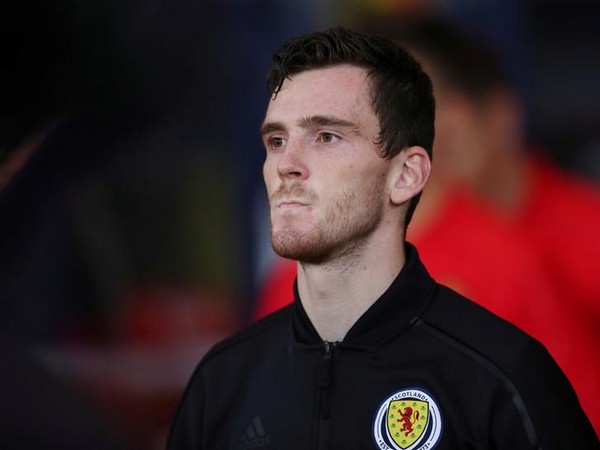 Liverpool [UK], Nov 12 : Liverpool’s Andy Robertson has said that he and his teammate Trent Alexander-Arnold ‘try and produce high standards in every single game’.

“Me and Trent had big numbers last season in terms of contributing to goals and stuff, but it was more than that,” the club’s official website quoted Robertson as saying.

“Defensively we were also very good and this season we’ve tried to do the same. We just try and produce high standards in every single game – it’s not always possible,” he added.

Liverpool thrashed Manchester City by 3-1 on Sunday and consolidated their first position on the Premier League’s points table. They now have 34 points, eight points ahead of the second-placed Leicester City.

Reflecting on the victory over Manchester City, Robertson said: “Massive for us. A big game against our closest rivals from last year. Both of us were in a league of their own last year and it looks as if there’s going to be a couple of others sniffing about this year. But I still believe if you finish above Man City then I think you’ll get the title.”

Robertson hopes that the team remains consistent in their performance.

“Hopefully the team keeps it up because we’re doing well so far and there’s confidence in that changing room,” Robertson said.