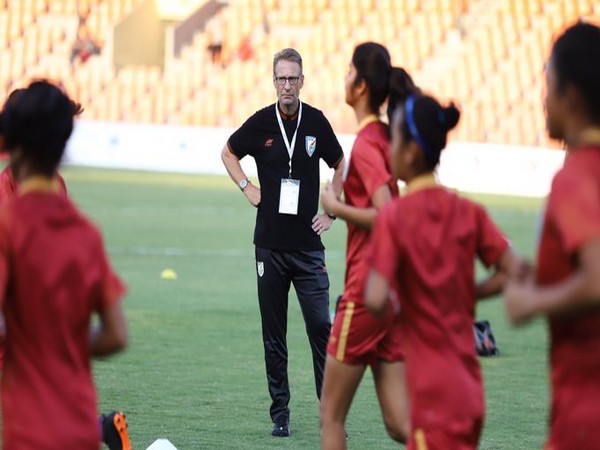 New Delhi[India], Dec 18 : Ahead of the summit clash against Sweden, India U17 women’s football head coach Thomas Dennerby on Wednesday said that the team need to stay positive from the start of the game and give their best.

“We need to be confident from the start against Sweden. We already know how they play. There was an improvement in our performance against Thailand and we want to keep building on that in the final,” AIFF quoted coach Dennerby as saying.

The head coach said that playing against a top-quality side like Sweden in the final clash will prepare women’s team for the upcoming U-17 World Cup next year.

“Advancing to the final is great for everyone involved — the players, fans and the federation. The girls will get the experience of playing in a final and that too against a top-quality European team which will be similar to what we will get at the U-17 World Cup next year,” he said.

60-year-old added that everyone involved with the team is very happy with their achievements and is hoping for a great match.

“For the fans as well it will be a chance to see the team in action and I hope we have a good atmosphere in the stadium tomorrow,” he quipped,” he added.

Thounaojam Kristina scored the lone goal of the match in the injury time to send Thailand out of the tournament.