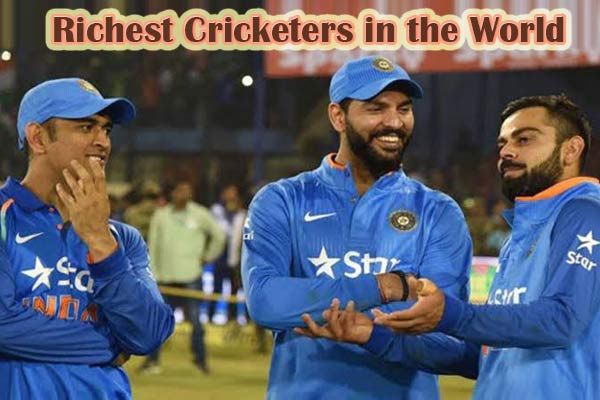 Cricket has developed that much that it has become a passion way more than just a sport. In India, the sport is not just followed, played and watched but it has emerged to be a religion. Cricketers like Sachin, Kapil Dev, Gavaskar have been worshipped for their valuable contribution to the Indian cricket. So far we have seen several Ups and Downs of this sport.

Starting from the era of Kapil Dev holding the World Cup trophy in 1983 to Yuvraj Singh hitting six sixes in a single over in T20 World Cup against England in 2007, the sport of Cricket has given a lot many memoirs to rejoice in future.

Besides, matches like Indian side v/s Pakistani side have always grabbed billions eyeballs not from either side of the country but from across the world. In Indian, such matches between these two arch-rivals are meant to be national holidays as majorly everybody loves to watch a high-octane match like India v/s Pakistan.

Everything we see in a match is just another name for passion. In India, everyone loves cricket and is very much passionate about it.

Many things have changed in the past decades like tournaments, players, formats, audience, etc. Cricket has become faster. It has become more exciting for the young generation audiences who take a lot of interest in shorter formats viz. T20 matches and IPL.

Cricket has its own significant history

The time is changing so is the remuneration that these cricketers are getting playing lot many matches. The players are getting higher remuneration than before. The athletes who are associated with this particular sport are given so much attention and respect and have huge fan followings like Virat Kohli, Hardik Pandya to name a few.

We always wonder how much do they get paid for their job. And the results will surely amaze you.

Virat Kohli is among the highest-paid cricketers. He gets $24 million and his brand value has increased over the past years.

He has a huge fan following and is very active on social media handles. He is the only cricketer with 33.1 million followers on Twitter and 47.4 million on Instagram. His commendable batting and captaincy have been appreciated worldwide.

His aggression for cricket is also very known and popular.

MS Dhoni is the second-highest-paid cricketer. He gets $21.7 million for his excellency in wicket keeping and commendable batting. He is among the most experienced and senior players in the Indian Cricket Team. Though he is not so active on social media platforms therefore he has a million 7.7 million followers on Twitter and 18.9 million followers on Instagram.

Shane Watson is an all-rounder cricketer who plays for the Australian Cricket team. He gets $5.5 million for his Excellency. However, taken retirement from international cricket but his fans are not degrees in any way. He has 1 million followers on Twitter and 1.3 million followers on Instagram.

Mitchell Starc is among the lethal bowlers who play for the Australian cricket team. He gets $4 million for his super-fast and powerful bowling. The left armed pacer has struggled a lot due to his injuries and returned with extreme power and energy. He has been inactive on social media handles and his fans are eagerly waiting for him to make social media profiles and join everyone.

A legendary player of Indian Cricket team, Rohit Sharma is known for his invincible, gigantic world record of double centuries (three in ODIs and One in Test format) has all reason to be in this list.  He earns $3.5 million for his hard work and passion. Rohit Sharma has increased his brand value in past years and has huge fan following.

These cricketers have proved themselves not only on crease but also in their personal life they are the idols and inspirations for many people. They attract and get admired by everyone. They earn for their hard work.