Deepak Hooda, a player who debuted for Baroda team long back and was ignored by the team selectors for so long, has got his call on for the Indian ODI team. Deepak Hooda had been playing domestic and other national games but had never been called for the India 11 despite being in form.

Deepak Hooda is so close with former Allrounder Irfan Pathan , when he once asked why he is not getting his way to the International team, Irfan Pathan Pacified with the line “Apna Time Aayega”. This popular dialogue from the bollywood gullies was proven true when Deepak was included in the ODI squad against West Indies.

I slowly got close to Irfan bhai and Yusuf (Pathan) bhai. They taught me to be calm, they made me realise the power of calmness. As a youngster it was natural to be restless and I was no exception. It was hampering my game. At times, I tried too hard. Tried to overdo things that weren’t needed,” Hooda told. 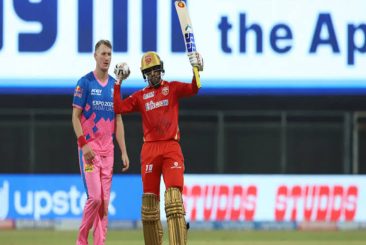 Hooda gave the lowdown on the process he followed. “I remember Irfan bhai telling me the importance of preparation and process. Doing the same thing over and over again, without expecting anything from anyone. So, be it the gym sessions, training at the nets and following a strict diet; I always maintained a good work ethic. It paid off.”

“People wondered and doubts crept in pretty often, but Irfan bhai always told me one line, ‘Apna time aayega’,” Hooda said. And when he got frustrated, he found his younger brother was by his side, ready to share the pain.

“Whenever I got frustrated I took it all on my younger brother, who is now a sports manager. He was also a cricketer, so he understands what are the things player sometimes go through,” Hooda said.

Last year he was in buzz for some wrong reasons when he fought Krunal Pandya and left the bio bubble when he didn’t see his name coming in the team-15.

In 2021, he moved to Rajasthan, a move that had a touch of inevitability. Hooda recalled: “I saw the ups and downs and then everyone knows what happened in Baroda. I moved to another state last year. It was a new journey but Rajasthan welcomed me. All the hard work has paid off. I didn’t get an answer initially, why I was picked and why I was dropped. It was a challenging time. I wanted to know why I was not picked. I became desparate, desparate to be picked again and just wanted to be in the team.”

“I would also like to thank Anil bhai, because Punjab Kings gave me a chance in two IPL seasons, people there saw that I still have something in me. I always backed myself. I always believed… Try, try until your last breath.” Deepak Hooda said.

Govt Awards Padma Shri to Sankaranarayana Menon For His Kalaripayattu