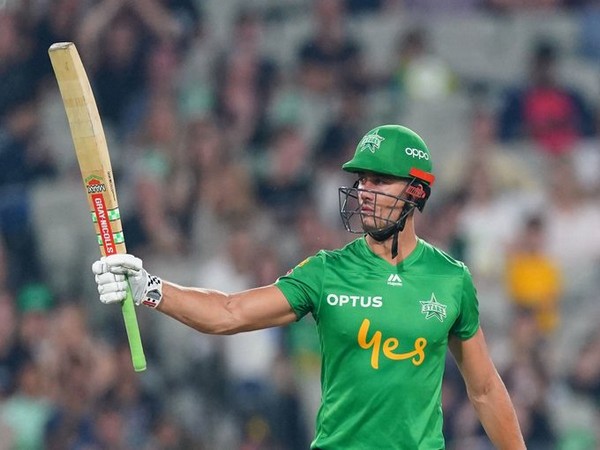 Stoinis played an 83 run knock off 54 balls in a Challenger clash against Sydney Thunder to book Stars spot in the summit clash.

The 30-year-old now has a total of 695 runs in the BBL’s ongoing season with the final match is yet to be played on Saturday.

Earlier, Hobart Hurricanes opener Short was the one who held the previous record with 637 runs in 2018 BBL.

Stoinis has scored six half-centuries and a hundred in his run tally of 695 in 16 innings and has averaged 57.91 this season. Overall, Stoinis is the tournament’s ninth-highest run-scorer. He has scored 1,731 runs in 60 matches.

He was also named as the BBL Player of the Tournament. The match officials chose Stoinis after the conclusion of the group stage games.

Stoinis finished top of the count with 26 votes, two clear of Sydney Sixers all-rounder Tom Curran and a further vote ahead of third-placed Alex Hales from the Sydney Thunder.

Sydney Sixers will take on Melbourne Stars in the BBL final at Sydney Cricket Ground on Saturday, February 8.