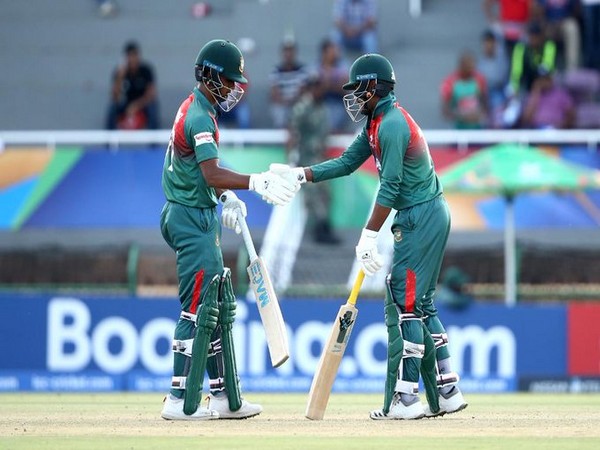 With this win, Bangladesh have qualified for the first time in the U19 World Cup final where they will meet India. Both India and Bangladesh are unbeaten in the tournament so far.

Chasing 212, Joy scored 100 runs studded with 13 fours, which helped the side to chase down the target with 35 balls to spare.

Bangladesh had a 23-run opening partnership between Parvez Hossain Emon and Tanzid Hasan. The latter was picked by Kristian Clarke in the sixth over after scoring just three runs.

David Hancock dismissed Emon in the ninth over after scoring 14 runs. Towhid Hridoy joined Joy in the middle and added 68-run for the third wicket. Adithya Ashok got rid of Hridoy in the 23rd over.

Joy and Shahadat Hossain stitched a 101-run massive partnership for the fourth wicket. The former was departed by Jesse Tashoff in the 43rd over. Shamim Hossain and Shahadat played innings of 5 and 40 runs respectively.

Earlier, Bangladesh won the toss and asked Kiwis to bat first. The Asian side restricted New Zealand to 211/8 in their fifty overs.

Despite having the struggling start, the team managed to post a fighting total as Beckham Wheeler-Greenall played an unbeaten knock of 75 runs.

In an all Asian final, India will take on the first-time finalist Bangladesh in the summit clash at Senwes Park on Sunday, February 9.