A week earlier, Jashika Khan and Mohammad Azajuddin were somersaulting on their way from school. The video of them cartwheeling and somersaulting went viral and garnered the praise of many renowned sportsperson online.

The two kids are now full-time trainees at Sports Authority of Eastern Centre. Five-time Olympic gold medalist gymnast legend, Nadia Comaneci was among the impressed audience. She tweeted the video with caption, “This is awesome.”

Less than a week later, the two were on Wednesday called for a trial by the Eastern Centre of SAI. The regional director of SAI, Manmeet Singh Goindi said, “They are natural gymnasts. SAI wants kids like them who have keen interest and not just brought in forcefully. We are very happy to see their interest.”

“They will stay in the hostel. They will be provided all facilities like others. They will be trained by qualified gymnastic coaches. We are just sowing seeds. And we are hopeful of our success.”

Sports minister Kiren Rijiju also noticed Comaneci’s interest for the kids and tweeted, “I am happy that Nadia Comaneci tweeted it! As first gymnast who scored perfect 10.0 at the 1976 Montreal Olympics, and then, received six more perfect 10s to win three gold medals, it becomes very special. I have urged to introduce these kids to me.”

Gurpreet: India needs to play without fear against Oman 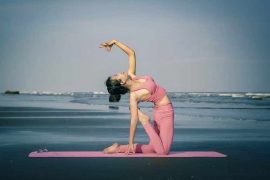