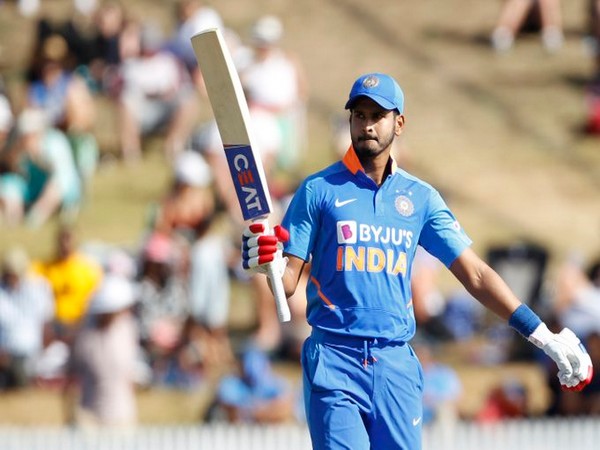 He achieved the milestone in the ongoing first ODI against New Zealand here at the Seddon Park.

Iyer brought up his century in the 43rd over of the innings. The right-handed batsman came out to bat with India at 50/1 in the eighth over.

He was involved in a 102-run stand with skipper Virat Kohli. Iyer was finally dismissed by Tim Southee in the 46th over after playing a knock of 103 runs.

Kohli was sent back to the pavilion after playing a knock of 51 runs, but Iyer marched on and found support in wicket-keeper batsman KL Rahul.

Before this match, Iyer had six half-centuries to his credit in the 50-over format.

In the ongoing match, New Zealand won the toss and opted to bowl first.

Iyer, Rahul power India to 347/4 against NZ in first ODI