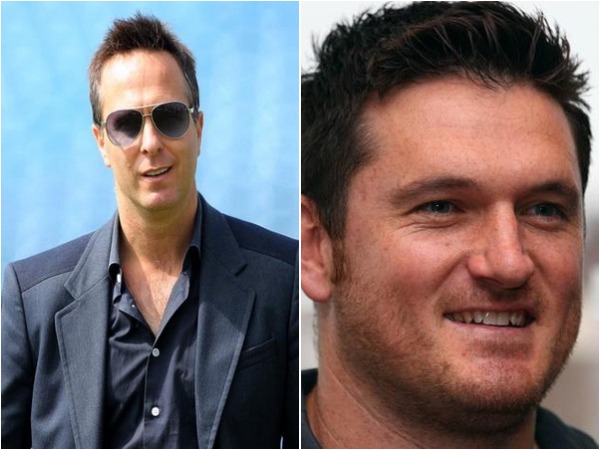 “Shame they couldn’t give you a blank canvas to get on with the role … You are exactly what SA cricket needs,” Vaughan tweeted. 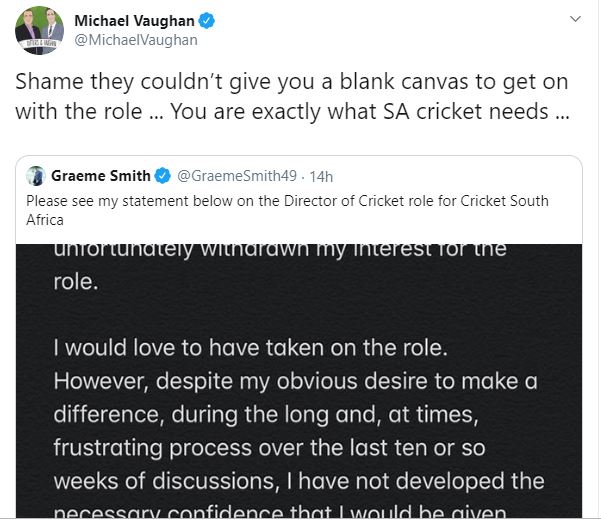 On Thursday, former Proteas captain Smith had released a statement on Twitter, saying that he is withdrawing his name from contention and he cited ‘lack of confidence in the administration’ as the reason.

“Please see my statement below on the Director of Cricket role for Cricket South Africa,” Smith had tweeted.

“Following the news in the media this week that I interviewed for the CSA Director of Cricket role, I feel it necessary to confirm that I have unfortunately withdrawn my interest for the role,” Smith had said in the statement.

“I would love to have taken on the role. However, despite my obvious desire to make a difference, during the long and, at times, frustrating process over the last ten or so weeks of discussions, I have not developed the necessary confidence that I would be given the level of freedom and support to initiate the required changes,” he added. 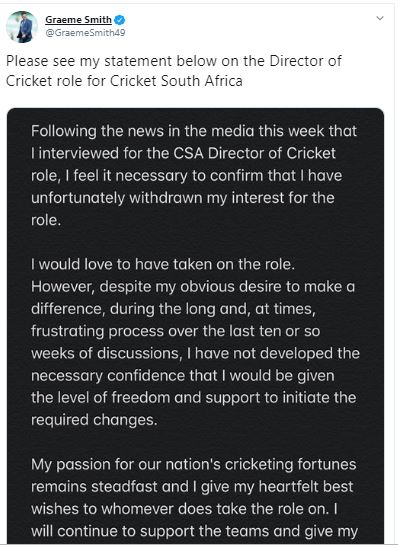 Last week, various media reports surfaced that Smith was interviewed for the position alongside two other candidates.

“My passion for our nation’s cricketing fortunes remains steadfast and I give my heartfelt best wishes to whoever does take the role on. I will continue to support the teams and give my advice and guidance whenever I can,” Smith had concluded.

South Africa has had a bad run this year as the side first lost the home Test series against Sri Lanka. After that, the Proteas failed to reach the semi-finals of the ICC Men’s Cricket World Cup.

In the recent Test series against India, the Proteas were whitewashed 3-0.

South Africa will next take on England in a four-match Test series, slated to begin from December 26.