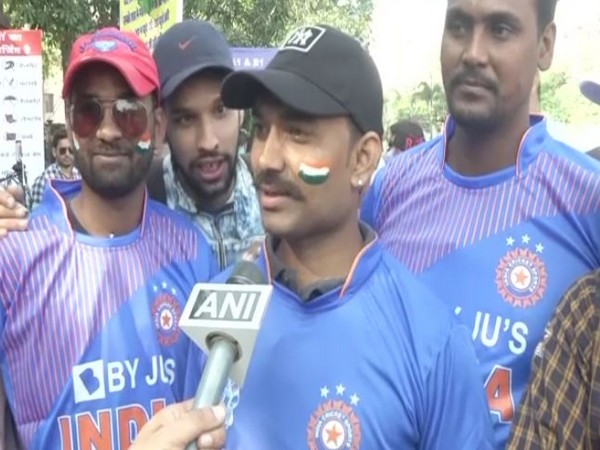 Indore (Madhya Pradesh) [India], Nov 15 : As the day two of the first Test match between India and Bangladesh got underway on Friday, fans showed their support for the hosts outside the stadium.

India scored 86 runs for a loss of one wicket after bundling out Bangladesh for 150 in their first innings at the Holkar Cricket Stadium on Thursday.

“India did not allow Bangladesh batsmen to settle down and took wickets at regular intervals,” said Mukesh Soni a fan, who came to see the match.

“Today is Kohli’s day. India will set a target of 500 runs. The match will get over by the end of day four,” said another fan.

“India can make around 350 runs today and the match will be over by day four,” said a fan.

“Yesterday, the bowlers bowled very well and Mohammad Shami was the hero of the match,” he added.

Fans also extended their support to the ‘Swachh Bharat’ initiative.

India resumed their innings from 86/1 on day two. They were reduced to 119-3 as Cheteshwar Pujara got out after scoring 54 runs and Kohli was dismissed without scoring.

India had scored 188 runs for the loss of three wickets till lunch.

Shame they couldn’t give you a ‘blank canvas’: Michael Vaughan to Graeme Smith